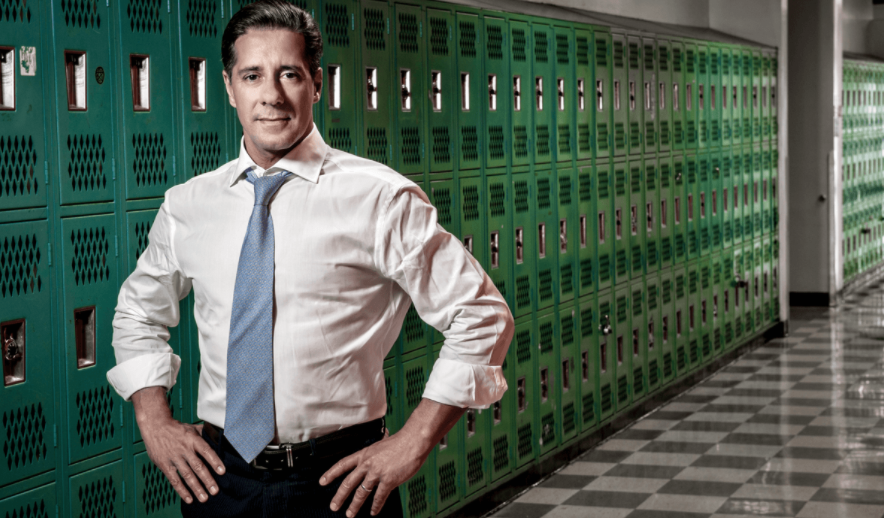 Does your school system have a problem with teachers raping students?

Then more training is the answer if you ask Miami Dade County Schools Superintendant, Alberto Carvalho.

Following the recent arrests of multiple Miami teachers accused of inappropriate relationships with students, Carvalho finally did something about it.

One of those teachers arrested last week was 41-year-old Hairy Calvi.

After police discovered video footage on the 15-year-old victims’ phone showing the pair having sex,  Calvi was arrested.

Investigators obtained permission from the victims’ parents to search his phone after a student reported to the teaching staff that he was sharing the video with other students in March.

Despite there being video evidence of the crime, Calvi was merely transferred to another school working at a position that doesn’t require contact with students.

She wasn’t fired until after six months later — after her arrest.

Calvi, who is now eight months pregnant, was charged with child neglect, lewd and lascivious battery, and bringing her gun onto school grounds.

According to police, she had been a teacher at John Smith K-8 Center in Doral for 20 years when she first began the inappropriate relationship with her former student.

Another teacher arrested last week for engaging in sex with a child was the drama teacher at Hialeah Middle School, Brittiny Lopez-Murray.

Lopez-Murray, who is also now eight months pregnant, began her relationship with the 14-year-old victim in August. The boy now attends high school but was a student in her drama class at Hialeah Middle School.

The victim’s sister became suspicious of his behavior last Saturday. Eventually, she was able to get his phone, where she saw explicit nude photos and text messages between Lopez-Murray and the teenage victim.

The text messages described their feelings towards each other and “how much they enjoyed sex with each other.”

According to the police report, the boy’s father later saw his phone, which contained nude photos Lopez-Murray had sent him.

Calvi and Lopez-Murray are just two of several teachers True Homestead has recently reported about.

Another teacher, Jason Meyers, is still awaiting trial five years after his arrest.

At least ten victims have come forward, claiming Meyers abused them while students in his class.

Last Friday, a federal jury awarded one of Meyers’ victims $6 million after finding that the school district knew about the sexual assaults but did nothing.

Meyers had so many victims in his creative writing class that other students referred to them as “Jason’s girls.”

Not a second too late, training is now on the way for Miami-Dade County Public School teachers.

An October 7 memo was recently sent to school board members addressing the allegations that have been made against its teachers.

The memo lays out what the district plans to do to stop the constant sexual misconduct against its minor students.

Teachers will be given more training in the area of not sexually abusing students, how to spot it, and the proper procedure for reporting it.

Interestingly, one teacher, Diane Castella, was fired after reporting that one of her students was sexually abused by her stepfather.

Castella was fired and lost her teaching license after reporting the abuse to a school counselor the day after it was reported.

School officials said Castella was fired for reporting the allegations too late.

However, critics within the school system say Castella was fired for reporting the allegations at all.

Rumor has it, according to sources, that Carvalho does not like what he views as bad press after a teacher or school official reports that a student is being sexually abused.

And that seems to be true.

After all, several reports have been made against teachers, and nothing has been done, like in the case of former teacher Jason Meyers.

True Homestead has been reporting on this issue and will continue reporting about the sexual abuse of students under the watch of Superintendent Carvalho.

If you have any information or tips involving the sexual abuse of students in the Miami Dade school system, please email us at benkkeller@yahoo.com.

Read more of or coverage on this issue below.