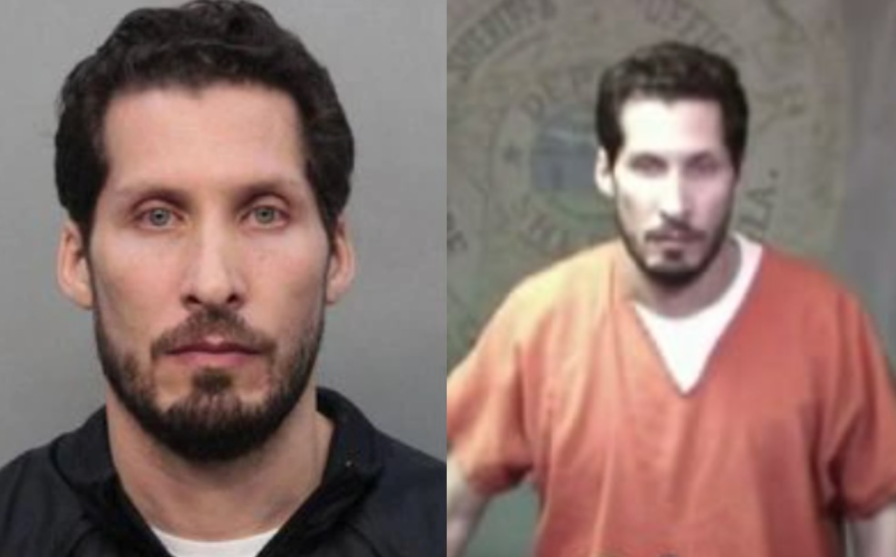 A federal jury in Miami Dade awards the victim of a high school teacher who raped her at school $6 million.

It’s been over five years since former Miami-Dade schools teacher Jason Edward Meyers was first arrested for molesting one of his underage students.

But on Friday, October 1, a federal jury in a civil case against the school district awarded one of Meyers’ 10 known victims $6 million in damages.

Ultimately, a total of nine more victims, 10 total, have since come forward with similar complaints against the former AP Creative Writing teacher since his arrest.

Meyers, now 42, first taught students as an AP English and Creative Writing teacher at Krop High School and then Palmetto High Schools for 14-years from 2002-2016.

But he was finally arrested in 2016 for sexual battery, shortly after Victoria Dobbs was named principal at Palmetto high.

Today, Meyers has still not faced a jury in his criminal trial, set for October 26, 2021.

According to the lawsuit, Meyers first began grooming his students by using his “poetry and prose journal prompts” and sexually abusing them starting in November 2004.

The abuse continued through 2016, even after school officials were warned about his behavior.

His first victim recalls the writing assignment prompts “as being fuel that fired their inappropriate connection,” including multiple occasions of oral sex.

During the same school year, officer Nannette Badger of the Schools Police witnessed Meyers leaning over another victim at Krop High School in a “very personal” and “intimate fashion” when another male student remarked that “he [Meyers] thinks she’s fine.”

However, officer Badger did not report Meyers’ suspicious conduct with that victim at the time.

Then, in 2008, Meyers allegedly “forced himself” sexually on yet another victim who was a student in his Creative Writing class at Krop.

Afterward, that student confided in her friend, William Cameron Perkins, and asked him to promise not to tell anybody about Meyers’ sexual abuse.

The same victim also told Perkins that Meyers and several other male teachers at Krop High competed to see how many underage female students they could “get in bed” by the end of the school year.

The same year, in 2008, Meyers also had sexual relations with Perkins’ former fiancé and ex-girlfriend, a student in his Creative Writing class, who later told Perkins about her encounter with Meyers.

That prompted Perkins to blow the whistle on Meyers’ illicit behavior in 2008.

School officials transferred Perkins to Palmetto High School where he continued raping his students, but did nothing further to protect them from his behavior.

Now an adult, the victim, a minor student at Palmetto Senior High School when she was assaulted in February 2016, says she was one of many female students that Myers singled out and was systematically exploited during his nearly decade-long tenure as a reported sexual predator employed by the MDCPS School Board.

The victim said it all happened inside his classroom.

“It was behind his desk. You couldn’t see it if you were walking by the hallway,” she told NBC 6 in April.

She also shared the statement she has been waiting to read in court for years.

“You took advantage that I was a lost girl,” her statement reads.

In her lawsuit, the victim claims school board officials, its administration, and the Schools Police violated Florida law by, among other things, failing to conduct an adequate, thorough, and reasonable investigation in response to Perkins’ report.

Accoridng to her complaint, the school board also failed to take measures to safeguard its female students pending its investigation, failed to reprimand, discipline, or terminate Myers, and failed to implement protective measures to protect students from the serious danger Myers posed by his reported propensity for sexual misconduct with female students.

After trial hearing the evidence presented at trial, the jury determined the defendants, the MDCPS School Board and Superintendant Albert M. Carvalho, had actual notice that Myers posed a substantial risk of sexual abuse or harassment to female students.

The jury also found the school board was deliberately indifferent in response to the actual notice that Myers posed a substantial risk of abuse or harassment to female students.

As a writing instructor, Meyers “emphasized passages about an older man courting a younger girl, rape and the molestation of a young girl by her father,” the lawsuit alleges.

One police officer who investigated the 2008 email before closing the case testified in court that he didn’t remember details of it at all.

“I don’t recall ever being notified about this because I wasn’t in the investigative division at the time,” said a sergeant listed in the police report filed as a result of Perkins’ 2008 email.

“Just because it says it doesn’t mean I actually was notified,” he added during a previous court hearing.

Another officer did admit to NBC Local that the case was assigned to him.

In the most recent case, the victim’s attorney criticized the school board, along with Superintendent Alberto Carvalho, for not acting soon enough.

“As alleged, the School Board knew that Mr. Meyers posed a serious risk of sexual abuse against our community’s children. Yet it did virtually nothing to stop him,” Mark Schweikert, one of the attorneys representing the victim, told the Miami Herald during an August 2017 interview.

“Instead, the School Board merely relocated the risk posed by his predatory behavior from one school to another.”

In an April 12, 2021 statement, the Miami-Dade State Attorney’s office said it is “ready to prosecute this case and has been ready to go to trial for quite a while.

However, Meyers’ change of attorneys and the pandemic has delayed the process.

“My client and I absolutely have concerns about the delay,” Mark Schweikert told NBC 6.

Read the lawsuit in its entirety below.