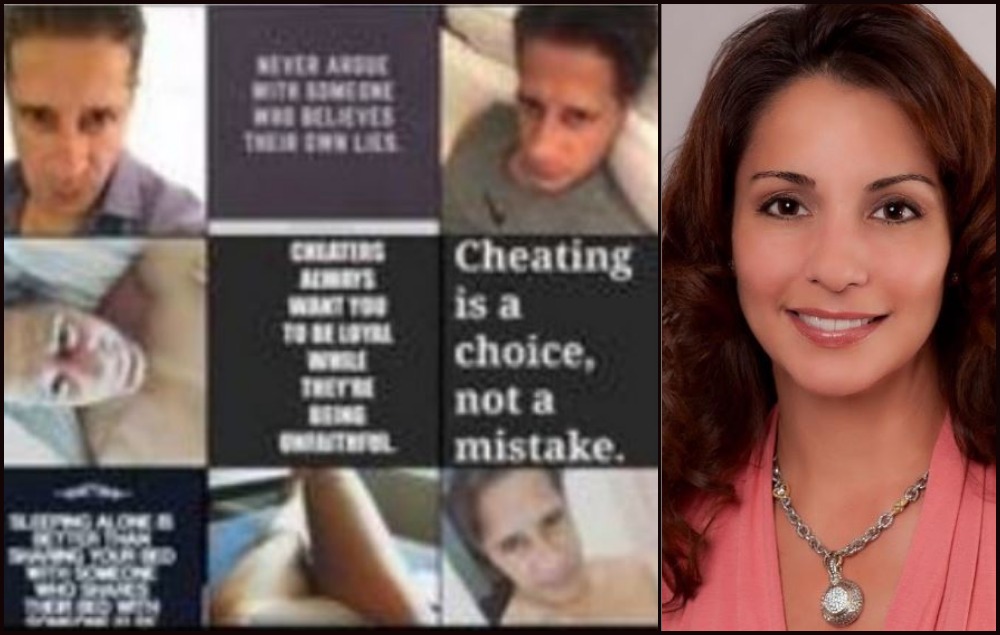 An anonymous Instagram account that recently posted photographs of Miami-Dade County Public Schools Superintendent Alberto Monteiro Carvalho, accuses him of disloyalty to his wife of over 20 years. If true, that’s just the tip of the iceberg.

A news article first published by the Miami Herald on March 9 about an incognito social media account operator alleging infidelity in superintendent Alberto Carvalho’s marriage might be the perfect news prequel foreshadowing what’s soon to come for the head of Miami-Dade Public Schools.

Posts on the Instagram account show a collage of photographs including three pictures of a nude woman juxtaposed with text images describing Carvalho’s lying and cheating.

The collage also includes two images of a shirtless Carvalho in what appears to be selfies, as well as two self-shots showing the superintendent clothed.

“Cheaters always want you to be loyal while they’re being unfaithful,” one text image reads.

“I cheat on my wife with a 30yo girl and I was trying to hide it!” one more comment exclaims.

“Cheating is a choice, not a mistake,” another says, characterizing Carvalho’s betrayal to his wife of over the past two decades.

The undisclosed owner of the account claimed they were looking for reporters who “want that breaking news,” according to the Herald.

“I will give you all the information about the girl…who is she, where she works and the story about two love birds,” one of the posts said before apparently deciding to lock down the account.

The posts included within the Herald’s news story has since disappeared, apparently due to Instagram’s “story” feature, which is designed to disappear after 24 hours.

However, the secret source promises to return with more evidence exposing the deceitfulness of Carvalho’s character.

“I will be back with more pictures and accept all the requests!” the undercover Instagrammer guarantees in a final post submitted to the account Tuesday night.

If by “all the requests” that includes accepting an interview with True Homestead about the matter, we would oblige all requests for anonymity from any and all of our sources who wish to remain anonymous.

Our investigation uncovered mountains of betrayal and corruption on many levels and malfeasance spanning over several years.

If the veracity of the anonymous Instagrammers’ claims is verified, this would not be the first time Carvalho cheated on his beautiful wife.

It has also not been a single, or even a few, instances of corruption and political misconduct committed by the man who pledged to lead the nation’s 4th largest school system.

The Miami Herald’s story does not surprise any at True Homestead, although the timing and foreshadowing of what’s to be uncovered in our soon-to-be-published investigative story is interesting.

It’s also not the first time Carvalho has eluded invitations for media interviews to explain himself, set the record straight and clear his name.

It’s a pattern, we recently discovered.

Like the Miami Herald, although not nearly as distinguished and acclaimed, we also extend an invitation to Carvalho to answer some questions about our findings and concerns about what we’ve found.

For every redeeming characteristic, Mr. Carvalho may possess, a leader who runs from inquiry and question may not be the type of luminary figure the public wants overseeing their children and leading society’s youth in a race to the future.