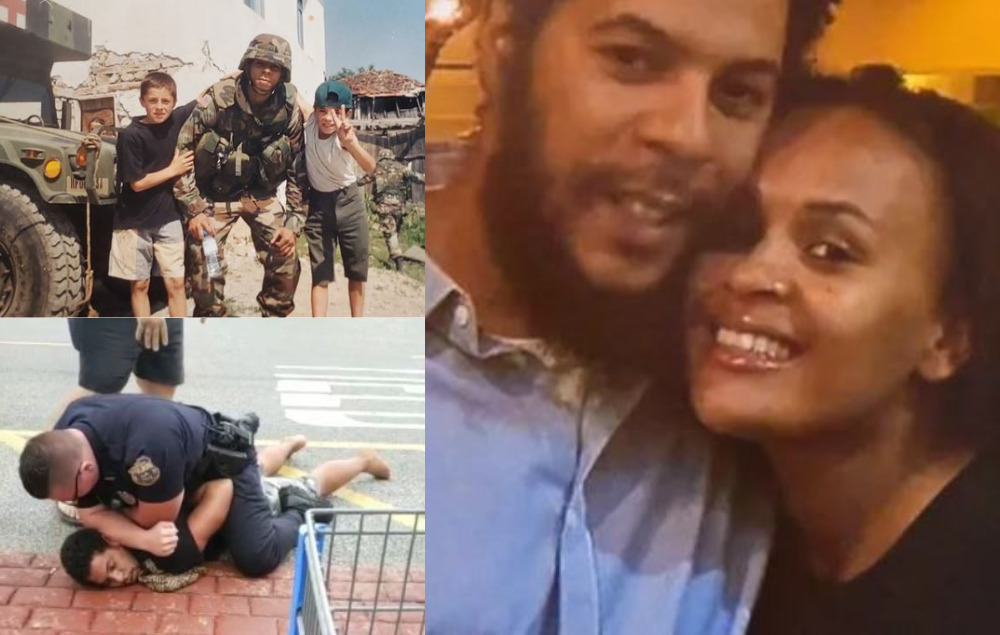 First, excited delirium was the cause of an Army veteran’s death in a Florida jail. Now, his widow faces manslaughter.

For 18 months, Brevard County, Florida Sheriff Robert “Wayne” Ivey came up with a litany of excuses for why Kathleen P. Edwards was not allowed to view video of her husband’s death inside a Florida jail.

But Kathleen Edwards kept asking questions: why was the video of Gregory Edwards’ death not being released not only to her but the public, news media, and others.

Excuses and Doubts of Excited Delirium

And she continued raising skepticism about “excited delirium” being the official cause of her husband’s, decorated Army medic Gregory Edwards’, death.

Edwards now finds herself facing aggravated manslaughter charges for what watchdog groups and locals say appears more like the accidental drowning of her 18-month-old son — not manslaughter.

Ivey’s primary excuse for refusing to permit Edwards to see the video was that if he did, it would somehow expose security features to potential criminals trying to break into the jail to harm the deputies or other Brevard County Sheriff Department employees inside.

That’s an interesting line of reasoning considering Ivey’s jail and even Ivey himself is featured in a multitude of online and televised videos in various “reality” type shows and local programs about the Brevard County Sheriff’s Department and its employees’ duties inside the jail.

One television series is dubbed Behind Bars, which is filmed inside the jail.

It turns out, the area shown in that video is the same region of the jail where Edward’s death took place (seen in the video below

But just like it’s very unlikely that showing a grieving widow video of how her husband died inside the Brevard County Jail ever posed any real threat to Ivey’s subordinates, most medical professionals and others observing the story have serious doubts that “excited delirium” was what killed Edwards.

After all, excited delirium, which the defense in Derrick Chauvin’s murder trial case claimed was the cause of George Floyd’s death, is not even listed as a real medical condition in the Diagnostic and Statistical Manual of Mental Disorders.

The term was made known to the public in 1985 by forensic pathologist Charles Wetli to explain a series of sudden in-custody deaths of cocaine abusers.

Then it was used as the medical rationale for the deaths of 32 black women while in police custody in the Miami area.

Limited research data on excited delirium exists in small sample sizes in only a few states.

Excited delirium was invoked as the official cause of death in 11% of in-custody cases in Maryland. In Florida, 85 inmate deaths have been attributed to excited delirium, according to Florida Today.

Just a few weeks after we published a story on June 16, 2020, about Sheriff Ivey arriving at Kathleen Edward’s residence for what seemed like a photo op, although the sheriff calls it a welfare check, Edwards is not only charged with manslaughter for the accidental drowning of her 18-month-old son, she’s charged with aggravated manslaughter.

The video below shows Ivey, flanked by 6 Brevard County deputies, arriving at Edwards’ residence for a welfare check before charging the grieving mother and widow with manslaughter for the subsequent accidental death.

Edwards’ stated she was indeed concerned for her health due to the PTSD from losing her husband and not being able to make any sense of it.

“The only thing I wanted to do is see the tape,” she replies to Sheriff Ivey in the video.

“I have PTSD, I’m concerned about my health, how can a person die of excited delirium? I want to see it.”

In Florida, manslaughter is a second-degree felony, which carries 15 years in prison. While first-degree felonies are punishable by up to 30 years behind bars.

The BCSO investigated charging Edwards with manslaughter with the aggravated enhancement.

They claim the incident was “entirely preventable because Edwards failed to properly secure her pool while further failing to supervise her child. Therefore, Edwards should be criminally liable to the tune of 30 years of incarceration. Even though she’s likely already suffering from the recent death of her son.

If that’s the standard for aggravated manslaughter, then Sheriff Ivey, along with several of his deputy jailers should also be facing 30 years since Gregory Edwards’ death also seems entirely preventable in the video that was initially denied to be viewed by the public.

In an open letter and records request to the BCSO, watchdog group Volusia Exposed alleges not only political retribution but that the manslaughter charges were part of BCSO’s overall strategy and retaliation for Kathleen’s civil litigation over her husband’s death in Brevard County Jail.

“We shall also address our suspicion that local law enforcement agencies – in their prosecution of Edwards – as well as by taking custody of Edwards’ other child – MAY be attempting to trigger a mental health episode – causing the desired effect of Edwards committing a self-harming event – that will in the end – be beneficial to these law enforcement agencies regarding the pending civil litigation,” the letter states.

Research of similar cases in which an accidental death occurred in the area was included along with the statistics and data stating how those cases were handled.

In three separate but similar cases, no criminal charges were filed for lack of supervision or otherwise.

Meanwhile, Edwards’ remaining child remains in the custody of local law enforcement agencies, according to the letter which can be read in its entirety below.