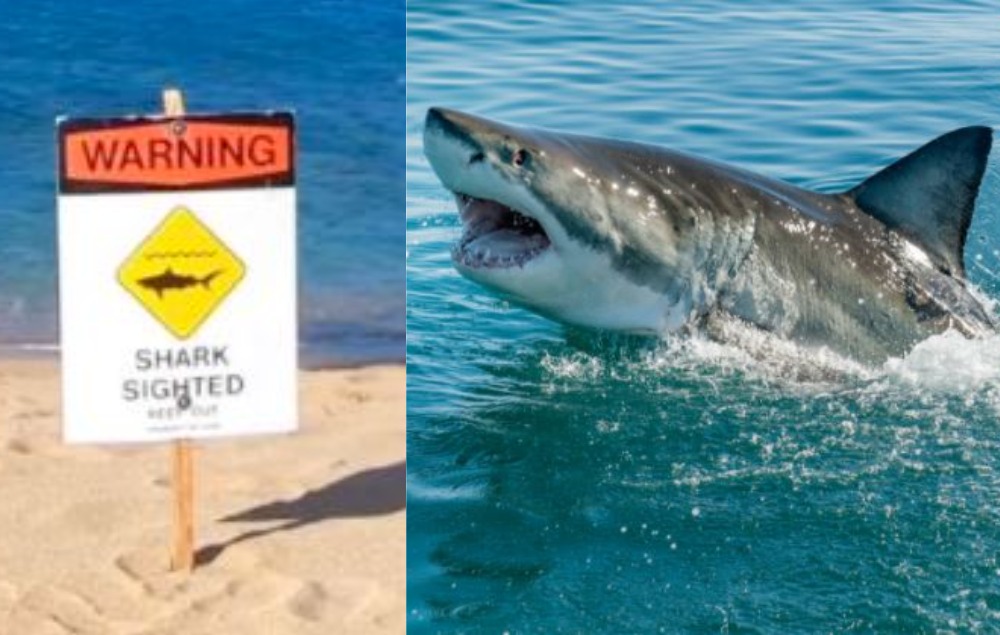 The United States is yet again the shark attacked capital of the world for the year 2020.

Of the reported 33 unprovoked shark attacks within the U.S., 16 of them happened in Florida.

That accounts for almost half of the unprovoked attacks in the U.S., and 28% of unprovoked shark bites worldwide.

The ISAF categorizes shark attacks based on whether they were provoked or unprovoked.

“Unprovoked attacks are defined as incidents in which an attack on a live human occurs in the shark’s natural habitat with no human provocation of the shark,” ISAF explained

“Provoked attacks occur when a human initiates interaction with a shark in some way. These include instances when divers are bitten after harassing or trying to touch sharks, bites on spearfishers, bites on people attempting to feed sharks, bites occurring while unhooking or removing a shark from a fishing net and so forth.”

Worldwide, the ISAF investigated 129 alleged attacks during shark-human interactions for 2020 — 39 attacks were provoked, and 57 were unprovoked.

Being number one in shark attacks is nothing new for the state of Florida.

“For decades, Florida has topped global charts in the number of shark bites, and this trend continued in 2020,” ISAF said in its yearly summary.

“However, the state saw a significant drop from its most recent five-year annual average of 30 incidents.”

While the incidences of bites both globally and in the U.S. have steadily declined over time, the ISAF said, “2020’s numbers represent a more drastic drop than would be expected.”

Director of the Florida Museum of Natural History’s Shark Research Program Gavin Naylor said COVID-19’s impact was something he and his colleagues had speculated about since the beginning of the pandemic in March, according to WCTV.

The pandemic hasn’t necessarily caused a drop in cases, but it has impacted researchers’ ability to follow-up and confirm reported cases, according to Naylor.

“We typically talk to emergency room doctors and nurses to create our reports,” Naylor explained.

“However, they’ve been so overwhelmed with the Covid-19 response that they haven’t always had time to talk to a bunch of scientists that are asking detailed questions about a shark attack.”

The ISAF says the “observed drop in shark bite incidents may have been caused by the widespread quarantines, closed beaches and minimized vacation travel in response to the COVID-19 pandemic,” based on its research last year.

While shark attacks around the world have been trending downward over the years, 2020 saw a spike in shark-related fatalities worldwide.

In total, 13 shark-related fatalities were confirmed for 2020.

Of those 13, 10 were determined to be unprovoked, according to the ISAF’s summary.

“This number is above the annual global average of four unprovoked fatalities per year,” ISAF said, adding long-term trends point to a decrease in attacks.

“Despite 2020′s spike in fatalities, long-term trends show a decreasing number of annual fatalities. Year-to-year variability in oceanographic, socioeconomic and meteorological conditions significantly influences the local abundance of sharks and humans in the water.”

Of the worldwide fatalities., Australia observed “a higher incidence of fatal bites than normal in 2020,” ISAF reported.

Naylor says he was surprised.

“Australians are not naive when it comes to the inherent dangers of surfing and swimming,” he said.

“So I was surprised that the number was as high as it was this year.”

Meanwhile, only three fatal shark attacks were confirmed in the U.S. last year, which is an increase from 2019 when there were deadly shark-human encounters confirmed.

The three deadly attacks occurred in Hawaii, Maine, and California.

Despite its consistent number one raking  for the most unprovoked attacks, Florida didn’t have any confirmed shark attack fatalities last year.

Great White sharks were responsible for 16 unprovoked attacks around the world.

DO SHARKS PREY ON HUMANS?

“There is no evidence sharks are hunting humans,” Naylor explained in an interview with the Daily Mail.

“We need to focus on long-term trends and rigorous scientific study, rather than speculation,” he added.

Most bites to beachgoers or surfers result from shark’s mistaking surfer’s or swimmers for fish or seals, Mr. Naylor said.

“I think the frequency of white sharks swimming in the same places as humans may be on the rise, but if so, we don’t yet know the cause.”

HOW YOU CAN AVOID SHARK ATTACKS

The majority of shark attacks are related to surfing.

Of the total cases in 2020, 61% of those were associated with surfing and board sports, ISAF reports.

But do not fear!

“The total number of unprovoked shark bites worldwide is extremely low, given the number of people participating in aquatic recreation each year,” ISAF said.

“Short-term trends still show both fatal and non-fatal bites to be decreasing.”

If you do participate in surfing any other recreational activities like swimming in the ocean, ISAF says there are still many ways to avoid attacks by sharks.

For starters, “avoid being in the water during darkness or twilight hours when sharks are most active and have a competitive sensory advantage.”

The ISAF advises people not enter the water if they’re bleeding due to sharks’ acute olfactory abilities.

“The reflected light resembles the sheen of fish scales,” the ISAF explains.

“Any high contrast color apparel or gear used by a human in the water is especially visible to sharks,” ISAF advised.

WHILE RARE, SHARK ATTACKS DO HAPPEN.

As a reminder to at least take basic precautions, we took the liberty of including some actual shark attacks that were caught on camera.