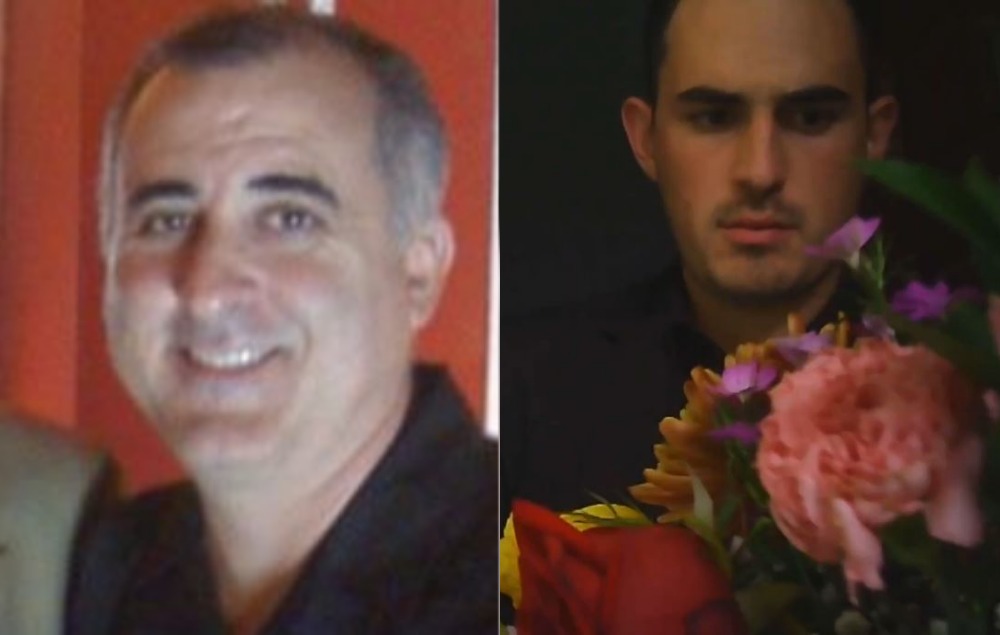 A cloak-and-dagger style stakeout by an anonymous tipster using concealed and mounted cameras has led to suspicions that Hialeah Councilman Oscar De la Rosa might be living outside of the district he represents.

Beginning in late September, the unknown citizen snapped photos and filmed De la Rosa’s daily movements as part of an elaborate investigation into whether the councilman met the residency requirements for a candidate to hold office in the City of Hialeah.

Evidence was gathered for 11 consecutive days.

An individual self-dubbed “Justice Hialeah,” even monitored the movements of De la Rosa’s Range Rover via GPS and surveilled the councilman’s activities in Coral Gables around-the-clock.

In 2019, De la Rosa, 28, claimed under the penalty of perjury he resides at 765 West 76 St. in Hialeah with his mother and stepfather, Miami-Dade County Commissioner Esteban “Steve” Bovo.

Esteban Bovo is currently running for Miami-Dade County Mayor in the November 3 election.

“Justice Hialeah” uploaded videos, photos, and other documents related to De la Rosa’s activities in a Google Drive folder then posted the files to a burner social media account.

A few days later, a second nameless source forwarded the links to the Miami New Times and True Homestead.

The gumshoe’s camera captured photos of De la Rosa in the front yard with a young woman and his car is parked adjacent to the residence.

The statements claim evidence gathered during the surveillance operation proves De la Rosa lives at 900 Benevento Avenue in Coral Gables — not with his mother and stepfather in Hialeah.

“Over the course of the past few weeks, it has come to our attention that Bovo’s stepson, Oscar De La Rosa, which (sic) Bovo has raised as his own son, is engaging in a crime against the residents of the City of Hialeah, where he is a council member. Oscar is in violation of Florida Statute 114.01(g) failure to maintain the residence required of him by law, and also perjury by filling out candidate forms with false information under oath,” a document titled “read me” states.

The document explains how, in 2019, Oscar was required to fill out forms requiring him to state where he lived stipulating it must be within the City of Hialeah.

It describes how Oscar listed his home as 765 W. 76th St in Hialeah, Florida, which is shown on the treasury form, but alleges he does not live at the address now as a sitting council member nor did he live there at the time of running for office.

The statement alleges Bovo is complicit in the crime.

“Since the address Oscar used in order to run was Bovo’s own home, Bovo was aware that Oscar was committing a crime, and if anything aided him in this effort.”

“Further, Esteban Bovo is implicated in this and may be found to be a co-conspirator. Bovo clearly supported his son’s candidacy to the City Council, campaigning for him openly last year. Since the address Oscar used in order to run was Bovo’s own home, Bovo was aware that Oscar was committing a crime, and if anything aided him in this effort,” the document reads.

De la Rosa said he suspects the motivation from the surveillance investigation stems from his stepfather’s current mayoral campaign for the upcoming November 3 election, according to the Miami New Times.

FROM BALLOT FRAUD TO RESIDENCY FRAUD

In June, as the coronavirus entered its fourth month, the county commission needed unanimous support to approve $10 million in federal COVID aid for rent relief for those struggling to make ends meet due to the pandemic.

Bovo blocked approval for the aid to assist Miami Dade’s most impoverished residents, calling it a reckless attempt to give away taxpayer dollars.

“There’s already talk about figuring out how to add more money,” Bovo said about the $10 million proposal at a June 16 meeting.

“These government programs, that’s all they do. Just add more money.”

Interestingly,  Bovo would block such a proposal for those unfortunately out of work due to an unforeseen pandemic.

In 2013, Bovo’s chief of staff Jorge Forte was arrested after meeting with undercover federal agents to defraud the U.S. government out of job-creation funds using bogus grant applications — while he was still employed by the commissioner.

Forte was leaving his position for a better opportunity.

Two weeks before his official last day at the county, he met with Chicago businessmen at a restaurant in Miami Beach and took a $6,600 partial payoff he would split with his business partner, Sweetwater Mayor Manny Maroño.

The payoff was in return for the mayor having passed a resolution in western Miami-Dade allowing the businessmen to fraudulently apply for federal economic development money.

There was just one problem.

The businessmen were undercover FBI agents.

In 2012, Bovo was investigated by the state attorney’s office for absentee ballot fraud after a news story broke about alleged ballot brokering by an aide of Bovo’s.

Ballots, which totaled 164, were dropped off at a local post office by Anamary Pedrosa, according to CBS Miami.

Pedrosa quit her job for the Miami-Dade Commissioner on July 23, 2012, and stopped working at the Hialeah office on July 27 — two days after investigators believed she delivered 164 ballots that had been dropped off to the post office.

Bovo claimed Pedrosa, who ran his office, quit because she was attending law school and needed to study for  the LSAT.

Pedrosa, 25-years-old at the time, told authorities she was unaware of a local ordinance forbidding the collection of absentee ballots by intermediaries — even though the measure was co-sponsered by her boss, County Commissioner Esteban Bovo.

“As I have consistently stated, neither I nor any other member of my office had any prior knowledge of what this ex-employee may have been doing in reference to participating in any election activity,” Bovo said in a sworn statement.

“I have never been the target of this investigation and I have cooperated fully with the State Attorney’s Office and provided them all relevant information.”

Rubio smashed opponents with his 78,223 absentee votes compared to 26,533 for Kendrick Meek and 25,478 for Charlie Crist, according to Miami New Times.

“You can’t tell me that someone dumps hundreds of absentee ballots at your office and you didn’t know anything about it,” Hialeah’s resident ballot-fraud expert said, referring to Bovo’s denials.

In 2013, when Deisy Pentón de Cabrera was arrested for one count of felony ballot fraud and two misdemeanor counts for violating a county ordinance that prohibits the collection of absentee ballots, detectives confiscated three notebooks containing information for the campaigns for which she worked.

In the notebooks, the business cards of Vivian Bovo and his assistant Anamary Pedrosa were discovered.

Of course, Bovo knew nothing.

“Thousands of people must have my wife’s cellular number for multiple reasons,” Bovo explained to the Miami Herald.

“She has been a public employee for years.”

Following in the footsteps of his father, who served as a Hialeah City Councilman from 1998-2008, Oscar De la Rosa is somewhat of a political newcomer.

He was elected to Hialeah City Council last November and won’t be up for re-election until 2023.

“This is 115 percent a complete political smear job,” he told the Miami New Times.

But the most obvious rivals deny having anything to do with it.

“It definitely didn’t come from us. This is the first I’m hearing of a Google Drive or anything like that,” Miami-Dade Democratic Party chair Steve Simeonidis told the New Times.

A spokesperson for Commissioner Levine Cava, a progressive liberal stated her campaign had nothing to do with any surveillance operations and only learned about it after being contacted.

De la Rosa insists he lives at the Hialeah address with his mother and Bovo.

“We live together,” he explained.

“I’ve lived in Hialeah over 20-something years.”

One Google Drive folder from the surveillance operation contains footage shot with a body camera.

The person wearing the camera is seen delivering flowers to the home in Coral Gables in the afternoon on October 9, according to the timestamp.

“Did you not order it?” the person posing as a deliveryman asks.

The delivery man asks if someone else at the address might have ordered flowers.

De la Rosa told the New Times that the Coral Gables home is his girlfriend’s residence but he sometimes stays there overnight.

“I hang  out at my girlfriend’s house.”

In Florida, an elected official can be arrested for falsely claiming they live in their district they represent if they live in another district.

Hialeah’s city code states anyone who is a city resident that meets the other qualifications for Florida may run for office.  A candidate must be at least 18-years-old, a permanent resident of Florida, and a U.S. citizen, according to state requirements.

A residency in Florida is defined as a home where a candidate “intends” to have a permanent place of living.

What seems straightforward, the question of where an elected official lives can turn out to be complicated, as a recently published report by the Orlando Sentinel describes.

It’s also unclear whether the allegation about residency against De la Rosa is being investigated.

Spokespersons for the Miami-Dade Ethics Commission and the Miami-Dade State Attorney’s Office told the New Times they could not confirm or deny the existence of an investigation.

After learning he was being surveilled, De la Rosa says he feels harassed. He insists his living situation is on the up and up.

“I am duly elected and meet all legal residency requirements as a City of Hialeah Councilman,” he responded in an email.

Last week, a reporter from the New Times visited the Coral Gables property.

No one answered the door.

No cars were parked in either the rear or front driveway.