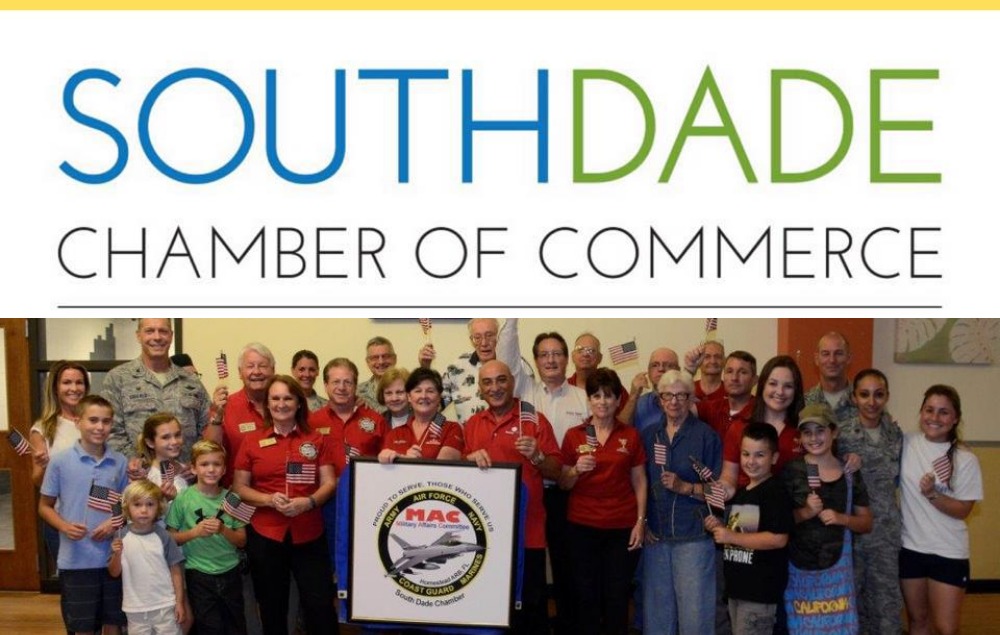 Members of a Florida military charity say new leadership at their chamber of commerce froze their bank account and confiscated the money they had worked hard to raise.

The Military Affairs Committee in Homestead, Florida, or “MAC,” originally formed 65 years ago by the Rotary Club of Homestead to help military members in times of need by using its resources, which members obtain through fundraising efforts.

Funds raised by members of the MAC charity are typically used to support local military members with a litany of things like phone cards during deployments, care packages, family day gatherings at military bases, and other needs according to Homestead Air Reserve Base.

The charity also donates its funds to military travelers at the Armed Forces Service Center at Miami International Airport, and awards prizes to top military performers.

Another aim of the MAC’s agenda has historically consisted of bringing civilian and military communities closer together.

MAC members help with deployed military members’ spouses and children by finding housing solutions, which is often more strenuous on military families than necessary due to a gap between military and civilian communities.

The MAC works to bridge that gap.

Essentially, the MAC does everything it can to help military members.

Possessing passion and having an affinity for helping members of the military are the primary requirements for MAC membership.

According to members, approximately two years ago, the new leadership of the MAC wanted to bring the once self-governing organization up to speed with the by-laws of the South Dade Chamber of Commerce (SDCC).

But that ultimately resulted in rebellion from most of its longtime members.

Many of those members have spent decades either serving the MAC, the military or other members of the military community through the charity.

Now, the vast majority of members have since departed and formed their own organization with the same purpose.

That is, they can do anything and every thing the old MAC did. And the newly-formed Military Affairs Council, not to be mistaken for the Military Affairs Committee, just so happens to also be aimed at helping military members stationed in South Dade.

The catalyst that sparked the organization to split began on March 19, 2020, when existing Chair of the Chamber, Joe Webb, sent an email to MAC membership stating that the Chamber’s Executive Committee made the decision that all MAC activity would be suspended for 60 days.

Webb’s email also stated that, during the 60 days, military base passes of MAC members had been flagged, which would have barred them from entering the base.

But that was not true.

On April 9, 2020, at a meeting without true organization or transparency, the chamber not only disavowed their by-laws, but also the MAC’s by-laws.

Before the start of the meeting, now former-MAC member Roxanne Jeghers requested to record the meeting.

Audio nor video recording was not approved by Chairperson Webb.

Official minutes from that meeting state that the MAC’s bank account had been frozen by the SDCC’s treasurer.

Interestingly, the treasurer also serves as the Vice President of Centerstate Bank — the bank that holds the MAC’s bank account.

Long-time members had just one question for the now-SDCC controlled MAC.

What happens with the money?

The funds had been raised for the exclusive benefit of the military.

Those who donated believed their money would be spent towards military issues only.

Veteran MAC members also noticed something else was obviously amiss…

The former members say their frozen bank account poses a conflict of interest since the Treasurer of the SDCC who froze the MAC’s account, Lisa Greer, simultaneously serves as the Vice President of Centerstate Bank.

Traditionally, the MAC has been a self-standing, self-governing committee of the chamber that has operated under its own by-laws.

Prior to its former members restructuring, the MAC always had an election amongst members to elect their chairperson.

If board members were expiring, the chairperson would choose who would fill those spots.

Members say conflict started to snowball when the SDCC CEO, Kerry Black, who is a paid employee of the chamber decided she wanted more control to push her own, political agenda.

She brought her husband, Russell Black, which some also viewed as a conflict and nepotism, onboard as a member of the MAC.

And that’s when, according to members, Kerry Black began taking things over.

The final straw began to crack, members say, when the current chair of the SDCC, Joe Webb, came in, and started drinking the proverbial Koolaid that members say the Black’s were selling.

Mr. Black tapped an acquaintance who showed up at a MAC luncheon on February 2020, to help him explain details about the sailing club.

Black’s acquaintance, apparently inadvertently dressed in military uniform, arrived at the luncheon to assist him in answering questions about the Homestead Sailing Club for which he was seeking MAC grant money to fund.

Members initially voted to approve Black’s wish to grant the funds for the sailing club.

Firstly, after members researched ownership of the sailing club, they discovered the club was civilian owned and not military.

So after learning that the sailing club was misrepresented at the luncheon, those who initially approved the grant reversed their decion and voted against it, because MAC by-laws require all funds be explicitly allocated towards military causes.

Following through with funding the grant would have meant contributing to a civilian-owned club, which is not the stated function — or even within the purview of the MAC.

The two expressed concern about the acquaintance unintentionally placing himself , as well as the MAC, at risk by violating USMJ 5 CFR § 2635.702 – Misuse of Position and Government Resources.

After realizing his accidental blunder, the acquaintance immediately withdrew requests for funds in writing.

A meeting was held by the SDCC executive committee.

There, apparently not grasping the ramifications of Black’s acquaintance’s honest mistake could have on members as well as the acuaintance, committee members decided to take it out on those trying to protect the MAC.

Ron Mongole and Carlos Batista (who say they were only preventing the recklessness and ignorance of new members) were expelled from the MAC without due process under its adopted by-laws.

As the saying goes, no good deed goes unpunished.

MAC members left standing were dismayed, but not defeated.

They had a plan of their own.

Their plan was simple: they would maintain their lineage and legacy by reorganize a new MAC without any consent of the South Dade Chamber of Commerce or any of its input.

And that’s what they did.

Concerned about the Chamber’s MAC being unsurped and attempting to hi-jack long-standing relationships between long-standing members, the new MAC, Military Affairs Council, took the liberty of trademarking its logo.

They also stuck with their old acronym “MAC.”

“Our lineage is our lineage,” Tom Panos told True Homestead in a telephone interview.

“Our legacy is our legacy.”

“We don’t really want to differentiate ourselves. We felt marginalized by the chamber. Under the re-organization of the MAC, we’ve retained the majority of the talent, relationships and ability to raise funds at scale in which to carry out our mission,” he said.

One member told True Homestead that financial problems began after Chamber CEO Kerry Black cancelled several events that generated money every year because they were too much work or didn’t generate enough money.

He also said the chamber’s annual chili cook off was cancelled, which impacted funding.

“The fact that the chamber froze and misappropriated the MAC’s bank accounts was a blatant effort to get badly needed cash to make up for the income lost from the events Kerry cancelled; others she could not pull off as well as lost income from poor management,” Fiore explained.

“Legally they cannot spend those funds on anything that does not benefit the military. It would appear that Kerry is not going to let a small detail like legalities stop her.”

“It was highly successful,” Panos said in an interview.

Founding the Military Affairs Council, which is currently autonomous of the SDCC and its by-laws, solves most of the issues for at least around 30 of the 38 members of the old MAC.

The majority of those 30 or so members are also dedicated community members who enjoy using their status serving and solving problems for members of the military.

But, they emphasize, one problem remains unsolved.

A total of $45,000 raised by the original MAC members is still frozen up in the SDCC’s bank account.

That money was donated to be explicitely used explicitly for military causes.

On May 1, 2020, the newly formed Military Affairs Council attempted to recover the amount.

Their request was declined by the South Dade Chamber of Commerce Chair, Joe Webb.

The question is, why?

The SDCC’s monthly expense costs total is approximately $10,000, according to documents.

Several members of the new MAC told True Homestead they strongly suspect the situation boils down to a concerted effort by SDCC CEO Kerry Black in order to misappropriate the original MAC’s funds to bail out the cashed-strapped Chamber.

The Military Affairs Council has attempted to obtain current records of the Chamber financials.

To date, they have been unsuccessful.

So, why were those records requests denied?

Stay Tuned: True Homestead will update the situation as the story unfolds.