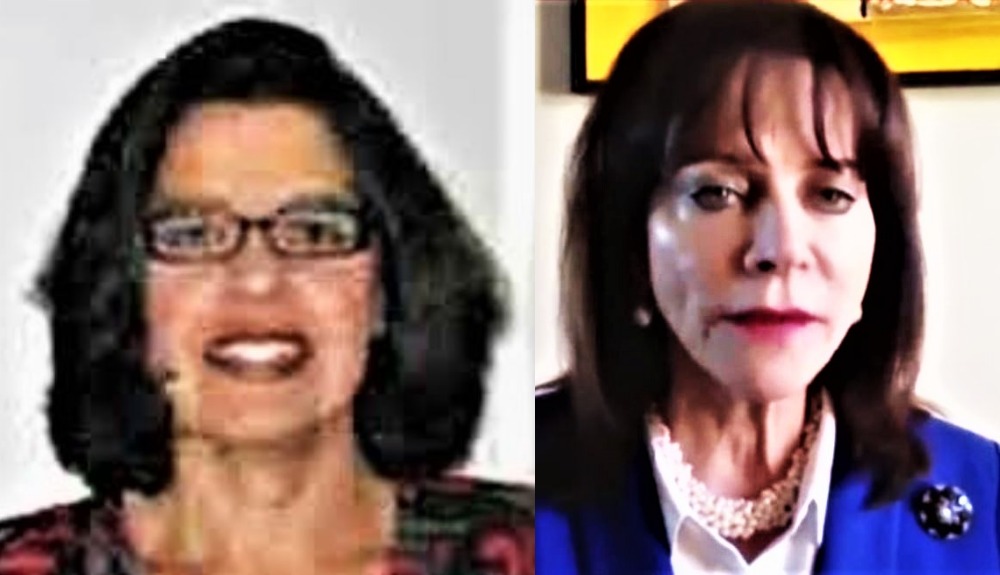 Our long-held hunch has been all but confirmed: there was a mole at the Miami-Dade State Attorney’s Office, who worked with George Gretsas.

True Homestead has its roots in public records, often publishing records we have obtained or records from anonymous sources detailing the actions, and sometimes inaction, of government officials.

Posting public records shows our audience what the local government is up to and hopefully helps provide a chance to correct inadequacies.

If you’ve followed the True Homestead Facebook page over the years, you know a prime hobby of mine is requesting, investigating, and posting public records.

We recently received tens of thousands of pages — literally — of records from Delray Beach.

Most but not all of these records were on a flash drive.

Due to the sheer volume of records, many obtained and kept unlawfully by former Homestead City Manager George Gretsas, we will be digesting the content of said flash drive for months to come.

We will be digesting those for months, as well.

Yet, it was skimming through these emails that lead us to the shocking discovery of a mole within the Miami-Dade State Attorney’s Office (MDSAO), positioned at the highest ranks, the crux of this story.

Let’s be clear. Most of what you only dreamt they did in nightmares is actually where they start off.

Gretsas and others illegally made their public emails private, so their shady, retaliatory, and illegal actions would be hidden from the public’s view.

The emails referred to in this article are a tiny percentage of the damning emails obtained that reveal the criminal nature of the actions taken by Gretsas, former Councilman Jon Burgess, and others.

Others including those at the highest levels.

The amount of data in these emails, itself overwhelming, is fully dwarfed in comparison to what is on the mentioned flash drive.

Q: How do you eat an elephant and its baby? A: Start with the baby.

Do I equate the mole to the baby? Maybe.

There hasn’t been a big story detailing a pubic official using private emails to cover their tracks since Hillary Clinton, and we’re excited to be part of it.

The mother-load of said emails were illegally sent on private email addresses, often after being forwarded from an official email to a private email before being sent to others, as seen below.

Discussion would then take place about official business off the record and outside of the Sunshine mandates of the Florida Constitution.

This was done so these officials could avoid their incriminating communications from becoming public records and being open to scrutiny.

Like clock work, other clients of  Weiss Serota Helfman Cole & Bierman (WSH), the City Attorney, predictably show the same patterns of behavior in a plurality of counties throughout Florida.

Richard Weiss and partner Joe Serota also communicated with Gretsas and Burgess leaving the rest of the Homestead Counsel in the dark.

During their tenures, Gretsas and/or former Vice Mayor Jon Burgess, i.e. captj0n@bellsouth.net, even shared confidential communications from WSH to City Council about my myriad law suits, with members of the public, breaking attorney-client privilege, in attempts discredit me with certain residents of Homestead.

I guess you have to do such when your plotting coups against not only a sitting mayor but other councilpersons as well, but that’s another article.

The City of Homestead still refuses to allow me any access to the the rest of the attorney communications.

The city provides the excuse of asking me to specifically request only the records I have not yet received….

Until recently, most of these communications illegally-made-private were safe with Mr. Gretsas and others partaking in this behavior.

At least that’s what they thought.

At least, that is . . . until they burned several people they trusted with too much information.

Those burned, in turn, gave us everything collected over nearly a decade.

True Homestead hasn’t even figured out the identities of all of our sources.  We’ve only shared some of the information provided from one source who gave us permission to publish things likely leading back to them, for now.

To be clear, we do not burn sources. I have fought in court to prevent the City’s attempt to force us to expose our sources and subscribers.

We received such an enormous data dump of emails that, as we sift through them, most haven’t been read fully with their attachments.

What we’ve read so far, almost makes me feel bad for these monsters, as I pray they repent. Well almost bad.

A few of these emails have already been published on our Facebook page, and by others, but we’re saving the majority and the best for last.

We’ll use them in order to impeach them in depositions or court.

But, why all this secrecy and subterfuge on their part?

If you have done nothing wrong, you have nothing to hide, correct?

Remember, it’s not the crime, but the cover-up that gets you every time.

Former City Manager George Gretsas was one of the main culprits in this private email scheme, but former Councilman Jon Burgess was deeply involved as well, at least in the coups and retaliation.

These two even had the City Attorney (WSH) communicating directly with them, circumventing the council on certain issues, as demonstrated above.

Upon review of these private-public emails, other details began to emerge.

For starters, Gretsas and others plotting coups against a sitting mayor and councilpersons was well detailed.

Yet, the most frightening part of skimming these records was when it became utterly apparent that there was a mole within the MDSAO.

In one email, Gretsas shared with a member of the public, information about an open active investigation between the MDSAO and the Florida Department of Law Enforcement (FDLE), about a coming arrest.

In another email Gretsas is sharing a copy of a signed arrest warrant the day it is signed, before it is even given to an arrest team.  Again, this was to a member of the public not associated with the City and not in law enforcement.

How is the entire MDSAO not compromised now, at least the public corruption unit?

Enforcement of public corruption laws has been selective, ad hoc, and favors the friends and family plan.

Rule of law be damned.

I had better than a hunch, at the time, of who may have been leaking the information to Gretsas.

A complaint and public records request was filed, where I stated there was a mole, was submitted to Isis Perez head of the MDSAO Public Corruption Unit (PCU), as well as Robert Fielder and Tim VanDerGeisen (Top investigators for the PCU).

Here is an excerpt from this complaint and records request.

My complaint/records request was sent on July 13, 2020, and the next day it was forwarded to Katherine Fernandez-Rundle (MDSAO State Attorney) and Ed Griffith (MDSAO Public Information Officer), while requesting a media comment.

After receiving no reply or acknowledgement, on August 8, 2020, my complaint was forwarded to Heather Sherman (MDSAO Public Records).

On September 2, 2020, Sherman sent me records responsive to the part of my request for all emails between the MDSAO and Gretsas.

The email records produced consisted of 40 email chains and attachments, nearly all of them “coincidentally” between Gretsas and Isis Perez.

Have you figured out who the mole is yet?

Our sources inform us that Isis Perez was scheduled to retire at some point in the not so immediate future.

However, Perez silently resigned, the week after the emails were produced, and our sources say everyone in the MDSAO is wondering why.

Let’s be clear True Homestead is not wondering.

While not definitive, deductive logic based on the facts available dictate that Isis Perez was the mole feeding Gretsas information.

Could my complaint/records request be the reason behind her sudden resignation?

I certainly believe so, or that it was at least a major part of it.

However, I must also mention that multiple sources had informed me that Gretsas and Perez were the best of friends and spoke weekly if not daily.

Further, I would be remiss not to mention the flash drive, with the records referred to as “kill files,” which was recently found in the desk of Gretsas when he was suspended in Delray Beach, may be a part of it as well.

This flash drive has so many things on it that Gretsas was not supposed to have.  This includes the Personally Identifiable Information (PII) of many innocent people.

Such information was illegally retrieved in part from law enforcement databases including, but not limited to DAVID, NCIC, and FCIC.

This was done primarily by Homestead Detective Ricky Rivera, with full knowledge and consent of both Chief Alexander Rolle and George Gretsas.

Did Cate McCaffrey, Gretsas’ right hand assistant and current city manager, have knowledge of these matters?

The flash drive also had the details on illegal off the books, i.e. black ops, investigations on me and many others.  These will be discussed in excruciating and conscience assaulting detail in later articles.

But for now the issue is Isis Perez was a mole leaking info, doing the dirty work for, and covering the crimes of Gretsas and company.

Yes, that includes Vice Mayor Patricia Fairclough and her laundry list of frauds we previously reported on.

Delray Beach sent a copy of the flash drive to WSH, who also have close connections with the MDSAO, and even host fundraisers for Katherine Fernandez-Rundle.

But, I wonder if WSH ever communicated their receipt of the flash drive to Homestead?

Also, Gretsas was aware that Delray had found the flash drive, and that we were going to get a copy weeks before we actually got the records.

Could Gretsas have tipped Perez off as to what was coming?

WILL DOC, AND OTHERS, FIND JUSTICE?

Now that the Mole, Isis Perez, is gone will corruption cases in Homestead finally get prosecuted?

We can only hope and pray to be so fortunate in this oft forgotten and far-flung corner of Miami-Dade.

Stay tuned as we will certainly be updating as we do more analysis/get more information, this spider web has more ties and legs left to be disclosed.

This article was written by James Eric McDonough, AKA, Doc Justice. Co-authored and edited by Ben Keller