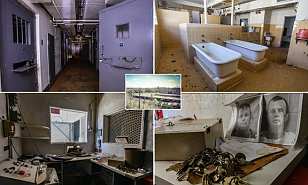 The inmate death toll in the Mississippi penitentiary system has risen from five to 15 since we last reported on December 29.

The Justice Department has launched a civil rights investigation into the Mississippi Department of Corrections to examine four state prisons following the deaths of at least 15 inmates since December.

The department’s civil rights division plans to focus its investigation on four prisons within the Mississippi State Penitentiary, including Parchman, the state’s oldest prison unit where a riot took place after an inmate was killed on December 29.

Of the 15 deaths since December’s riot, officials say two of them were apparent suicides by hanging.

Most of the other deaths are thought to be gang-related killings, according to NPR.

The Mississippi Department of Corrections also reports 29 of its staff members have also been assaulted since December.

“The investigation will focus on whether the Mississippi Department of Corrections adequately protects prisoners from physical harm at the hands of other prisoners at the four prisons, as well as whether there is adequate suicide prevention, including adequate mental health care and appropriate use of isolation, at Parchman,” the Justice Department said in a statement.

After we reported on the story last month, the deaths from violence within the prison have garnered national attention, after hip-hop artist Mysonne and music mogul Jay-Z began advocating on behalf of the inmates inside the prisons, demanding improved conditions.

Jay-Z’s philanthropic group Team Roc, which is connected to his company Roc Nation, funded a federal civil rights lawsuit against the state demanding better conditions after an inmate attempted to hang himself on January 31.

A trooper was able to cut the inmate down.

Casey L. Austin, the attorney hired by Jay-Z, was inside the Mississippi State Penitentiary to interview inmates when she witnessed the incident.

“At approximately 2:00 p.m., I heard a Mississippi State Trooper tell the Unit 29 lobby Correctional Officer that he had just ‘cut one down,” Austin explained in the lawsuit.

“He then explained to Correctional Officer that he had cut down an inmate who had tried to hang himself in his cell.”

A 2013 class-action lawsuit filed on behalf of inmates at the East Mississippi Correctional Facility by the American Civil Liberties Union, Southern Poverty Law Center and others charged that “the Mississippi Department of Corrections has operated the prison in a continuous state of crisis, neglect, and abuse for years, causing extreme and preventable suffering for thousands of prisoners in violation of the Eighth Amendment’s prohibition on cruel and unusual punishment.”

Mississippi has one of the highest rates of incarceration of any state in the county. Low pay and long hours for prison guards has resulted in many positions going unfilled.

Some guards have falsified their counts, rather than counting them as required, according to an August report ProPublica.

“The state has sharply cut its spending on prisons over the last few years,” the report says.

“Along the way, the number of guards at the three state-run prisons has plummeted, from 905 in July 2017 to 627 two years later, even as the number of inmates has remained the same. Vacancies abound, largely because the pay is so low.”

Mississippi Association of Gang Investigator Jimmy Anthony told lawmakers for the state this week that gangs such as the Vice Lords, City Royals, and Gangster Disciples are operating inside the prison and are actively engaged in narcotics trafficking and other criminal activity.

“It’s not popular to admit [that] you have a gang problem,” Anthony explained, according to Mississippi Public Broadcasting.

“Nobody wants to hear it. It scares people.”

Under the Obama administration, the Justice Department’s use of the Civil Rights Division to investigate state law enforcement practices was not uncommon.

But it has been rare under President Trump.

But Renae Eze, a spokeswoman for Governor Tate Reeves, says she welcomes the change.

“We are grateful that President Trump’s administration has taken a focused interest in criminal justice reform and that they care enough about Mississippi to engage on this critical issue,” she said.

“As we continue our own investigations, we look forward to cooperating with them and working together to right this ship.”