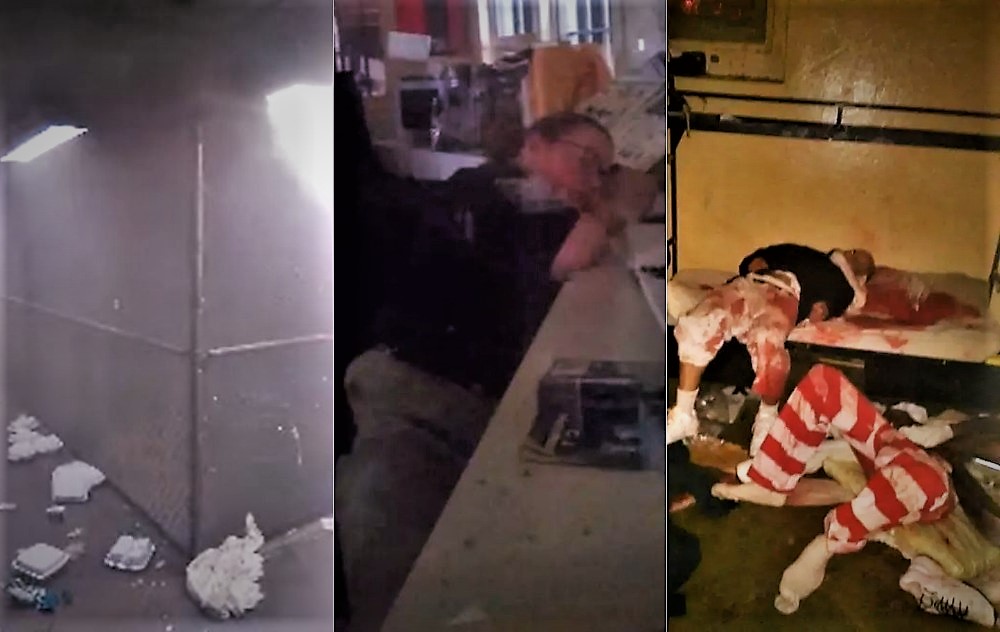 Five Mississippi inmates have been killed across the state since December 29, the MDOC confirmed in a news release.

But inmates with inside knowledge say the official number is incorrect and is closer to 15 in just the past few months.

Several inmates from different facilities have stated that prison staff involved in the Gangster Disciples and People’s Nation are giving inmates the keys to cells to kill other inmates, according to prominent activist Carol Leonard of the Prison Reform Movement.

Leonard says she has spoken with several inmates are reporting similar stories.

In the past week, several inmates have used cell phones to make desperate cries on Facebook, attempting to notify loved ones outside of the prison system that their lives are no longer safe because of correctional officers with gangster ties.

Inmates from the Wilkinson County Correctional Facility submitted tips that two guards, Rashida Parker and another named Redmond, have since been arrested for allowing inmates to access the cells of other inmates before killing them.

One tipster with apparent inside knowledge states the Mississippi Department of Corrections is willing to hire gang-affiliated correctional staff, which has resulted in officers providing Lord Nation affiliated inmates with store-bought kitchen knives.

Leonard confirmed many prisoners from Parchman, Wilkinson and EMCF are reporting similar circumstances.

In one video published Sunday, an inmate records with his cellphone and narrates that prison guard Captain King stood by an inmate’s cell with his shotgun and watched him die.

The inmate says Captain King never made any attempt to intervene to save the inmate’s life, who had been fighting another inmate for 45-minutes.

“Captain King stood at that door for 45-minutes watching this guy fight for his life — holding his shotgun,” the disgruntled inmate says.

“What do you need a shot gun for? For a man that’s dying?” he asks rhetorically.

“This man was getting ready to go home in a few months. Now they’re closing the door and the body is still in there. They’re leaving. Captain King still has the shotgun in his hand. He (sic) don’t care.”

One video recorded by inmates at the Wilkinson County Correctional of a Vice Lord gang member setting a fire inside a close-quarters area of the prison surfaced on Facebook last week.

That’s when another video was recorded for over 50-minutes that shows smoke filling the room as Damirras Pulliam went live on Facebook, fearing he would die during the incident.

Pulliam stated several times; the guards told him he might die.

After the string of deaths on MDOC’s watch, instead of dealing with the gang problem among its staff members, prison officials have brought in cell phone jammers, hired private security to assist with operating the prisons, and placed inmates on lockdown.

While prison staff members have attempted to keep murders inside the prison from leaking to the press, media-savvy inmates have taken it upon themselves to inform the public the killings and riots were started by prison staff who belong to gangs.

However, it would seem the inmates are not quite as media savvy as prison officials who have kept the media focused this week on two inmates who escaped just after the murders and riots took place.

Prison staff found Dillion Williams, 27, and David May, 42, missing during an emergency inmate count around 1:45 a.m. on January 4.

May is serving a life sentence for aggravated assault.

Williams is serving 40 years for burglary and aggravated assault.

MDOC did not explicitly say what prompted the emergency headcount.

On January 5, the Facebook page Mississippi Hot Topics posted a video showing an officer sleeping at her desk while on-duty.