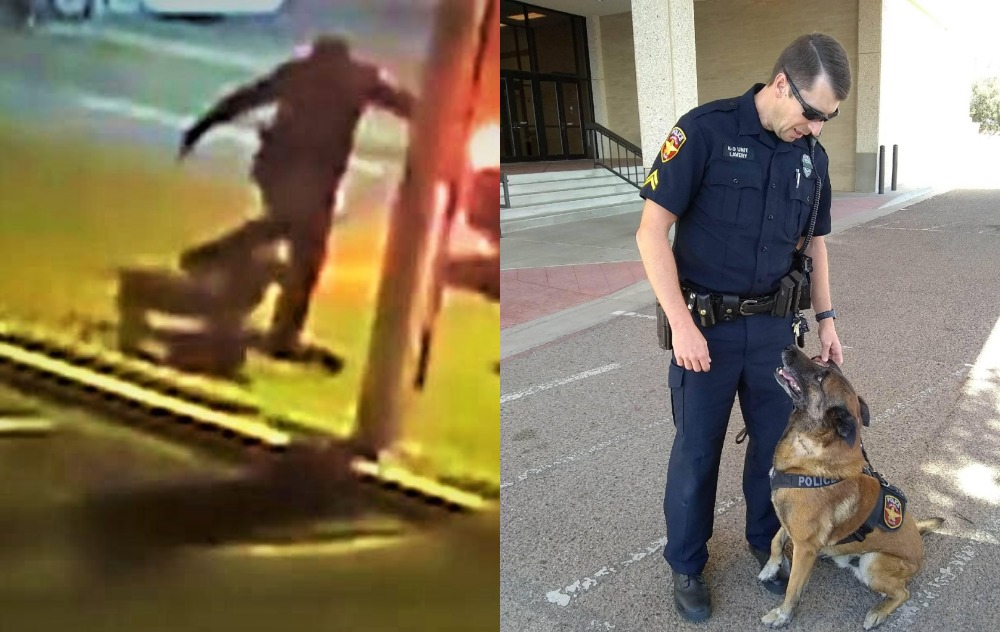 A Texas police department says it is currently investigating one of its own after surveillance video posted to Facebook this week shows one of its officers kicking his own K-9 after an arrest.

The department stated they have removed the dog from Lavery’s home and care and currently have him Kenneled with the department’s K-9 supervisor while the investigations are pending.

So far, Corporal Lavery has received no discipline.

The incident occurred on December 30 just after midnight before a member of the public took the initiative to post the video to social media.

Corporal Lavery can be seen in the video releasing “Koss” on a suspect who stole a vehicle after its owner left it running.

While other officers are busy handcuffing the car thief suspect, video shows Corporal Lavery kicking his police K-9 as he walks to his patrol car.

Corporal Lavery’s chain of command may determine disciplinary actions if the investigation finds he committed policy violations when he abused his own police dog.

A Criminal Investigation Division detective will also review the video to decide if the case will be referred to prosecutors for interfering with a police service animal.

A department spokesperson stated “Koss” is scheduled to be seen by a veterinarian to check for injuries.

Corporal Lavery will continue reporting to duty without a K-9 parter as the department continues to investigate.

Corporal Lavery and Koss have previously been in several news stories.

In 2017, Koss returned to work after being shot while searching in a crawl space for Billy Joe Elmore, who was wanted for his involvement in a murder-for-hire plot.

In 2018, the Amarillo Police Department gifted “bravery” awards to Corporal Lavery and Koss for their efforts apprehending Elmore.

Together, Corporal Lavery and Koss have seized over $7 million in illegal drugs over the past four years, according to the department.