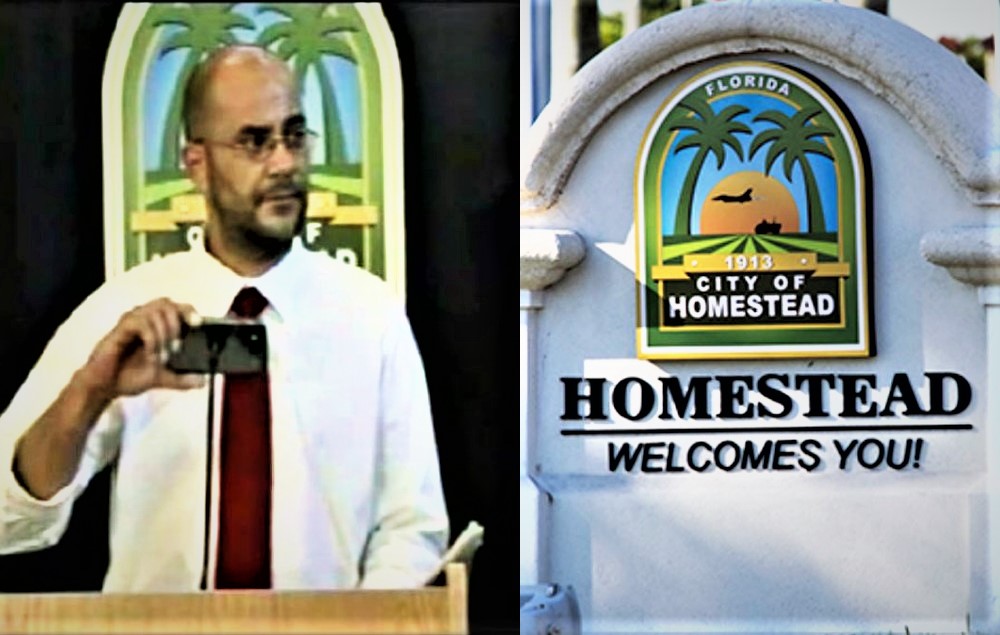 Florida man James Eric McDonough was unhappy with the way his local election for 2019 was shaping up, so he decided to take matters into his own hands and influence the election himself.

McDonough, dubbed “Doc Justice” by his many supporters, used the Facebook page he created in 2015 to document his personal battle with the City of Homestead to achieve his goal.

It first began in 2012 after he asked his neighbor, a local police officer, to slow down on the street where his kids were playing.

Before the election on November 5, 2019, McDonough’s page True Homestead had roughly 5,500 followers.

Now, it has amassed over 21,000 followers in two short months.

And McDonough ultimately accomplished his goal: he managed to sway the local election in Homestead with the help of his camera and social media.

“Beyond friends and supporters, the two most powerful tools I found are a cellphone and a Facebook page.”

McDonough and True Homestead covered the election closely — even using the Facebook page to moderate and host local debates to showcase the ideas of challengers.

“I wanted to influence the election by giving all the candidates an equal chance to be heard regardless of funding,” McDonough, who has a Ph.D. in inorganic chemistry, explained.

“Citizens have unlimited power if they choose to wield it and have the passion, dedication, and perseverance it takes to get things moving,” he added.

During the process of hosting debates and covering election events on Facebook, McDonough discovered city officials using an obscure statute, threatening to prosecute any candidate who uses the Homestead city logo without express written consent from the city with a second-degree misdemeanor.

At a 2019 Homestead City Council Meeting, then-Mayor Stephen Shelley brought forth the issue of illegal use of the city logo.

City attorney Matthew Pearl responded, claiming there was an obscure statute making it a second-degree misdemeanor to use the city logo without express written approval from the city.

At the same meeting, as if it were scripted, Councilman John Burgess and Councilwoman Patricia Fairclough spoke against all illegal use of the city logo.

The issue was supposedly resolved after the city council determined no one would be prosecuted for past misuse of the logo.

Instead, they decided each candidate would be required to sign a form and that any future use, including careless use, would be prosecuted, which can be seen in the video below.

However, one incumbent councilman believed the law did not apply to him — even though he specifically acknowledged it less than a week earlier.

On August 26, 2019, councilman Larry Roth signed the form acknowledging that the use of the logo without the city’s express written consent was a second-degree misdemeanor.

Then, a week later, on September 2, 2019, a flyer soliciting donations for Hurricane Dorian relief was published on Roth’s campaign Facebook page.

The flyer contained Roth’s picture and included the city logo printed near the bottom of the page.

The next day, on September 3, 2019, then city council candidate Bobby Rea, Roth’s opponent, observed the logo on the flyer and emailed Mayor Shelley, asking questions about the use of the logo for the hurricane relief drive.

Instructions on the flyer stated donors could drop off tax-deductible donations to Roth’s company, The Keyes Company.

Mayor Shelley replied to Rea the same day, stating the city was not involved in any action related to fundraising for Hurricane Dorian.

Shelley acknowledged the city was aware of Roth’s flyer using the city logo and had contacted the creator requesting for it to be removed.

Obviously, Roth did not have express written consent.

A few days later, the first flyer on Roth’s campaign page was replaced with a nearly identical flyer, but without the city’s logo.

However, on top of knowingly committing an apparent misdemeanor, there’s an even bigger issue, a felony, according to another Florida state statute that prohibits using the emblem of an organization to endorse or sponsor any solicitation or charitable donation when that organization has not given written consent to use its name.

Not only was there no written approval to use the logo, but the use of the logo also misled the public into believing the City of Homestead was involved in soliciting charitable donations for Hurricane Dorian relief — when, in fact, it was not.

The email inquired about Roth’s use of the logo, asking if the city was going to push for prosecution, or if it had only planned to go after opposition candidates.

So far, no one has responded.

McDonough spoke at the September city council meeting about the unlawful use of the logo.

During the manager’s report section of the meeting, City Manager George Grestas insulted McDonough for speaking out against Roth’s illegal use of the city logo and supported Becker’s comments defaming McDonough.

But, now, after all the threats of prosecution were made, not only has the city failed to take appropriate action, the city, along with the police force, attack the messenger.

Instead of enforcing the decorum policy, they insult McDonough for exercising his First Amendment right to address grievances with government representatives, which is just one more example of corrupt Homestead politicians circling the wagons around their inner-circle and covering up corruption.

Does the silence and retaliation of Mayor Shelly and City Manager Grestas, along with Councilpersons John Burgess and Patricia Fairclough make them complicit and/or accessories after-the-fact?

If so, McDonough says he believes it’s up to citizens to hold corrupt officials to account.

“I would love to see others have the conviction of courage in their beliefs to push their ideas to improve their local communities; all politics is local; and those who dare to believe make a difference everyday.”

Watch video of McDonough going back and addressing the city council even after the continued abuse.