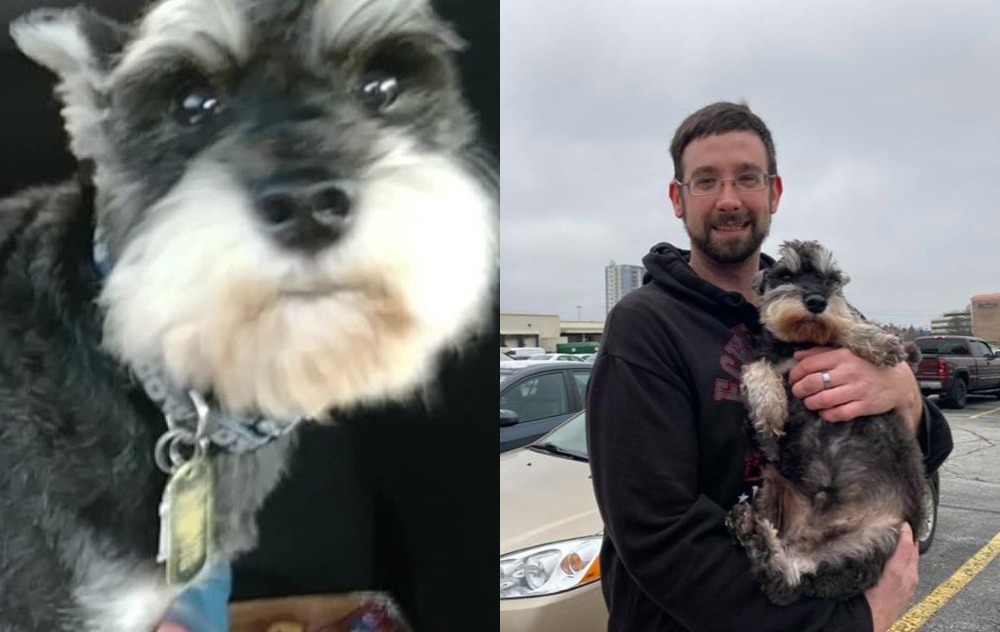 An Ohio man has been reunited with his dog that was stolen by an armed thief who carjacked him then decided to keep his dog Franz for himself.

Reed didn’t care about any of that.

He just wanted his dog back.

After nearly a week, he finally got his wish.

“He’s everything to me. He waits at the door for me to get home for work. He’s waking me up in the morning to go outside.”

It happened on November 19 outside of Cleveland Beverage and Deli when armed thieves carjacked Reed at gunpoint and drove away with his dog still inside.

“I was so worried,” Reed recalled.

“I was having nightmares that he was stuck, wrapped up in that towel in the dumpster at the liquor store. Just terrible.”

After being robbed, police found Reed’s car within a couple of hours and arrested one suspect, who later admitted he had the dog.

Police used the GPS inside of the vehicle to track the stolen car and eventually arrested the man driving.

During questioning, the man admitted he intended to keep the dog for himself, but he eventually showed them where he was hiding Franz.

“They kept up the hard work, and East Cleveland working together with Cleveland together they made this happen. They really did and I’m so grateful for them,” he said.

Now Reed says he plans on having a microchip implanted in Franz, so something like this never happens again.