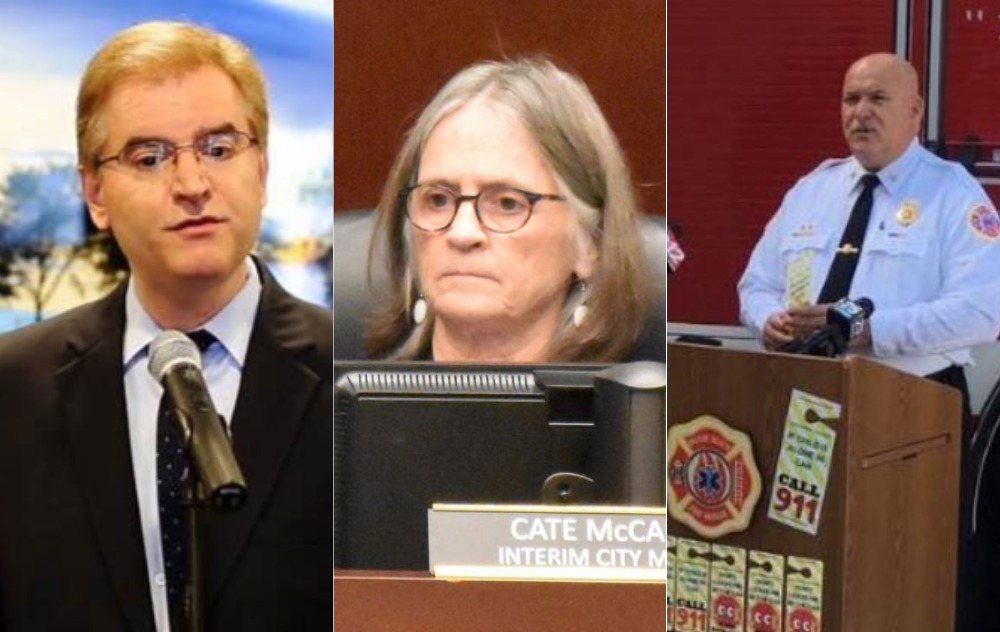 Split purchasing, also known as “split bidding,” is a fraud scheme where government contracts for goods or services are improperly split into two or more contracts, so the amount for each contract falls below the limit requiring competitive bidding and supervisory review.

Split purchasing is an illegal and fraudulent bid-rigging scheme that violates § 1 of the Sherman Antitrust Act.

While investigating financial records, we discovered four consulting contracts given to Neal De Jesus in 2015 by the City of Homestead for precisely $24,999 each.

The contracts were split between Homestead’s New City Hall, New Police Department, Temporary Police Department, and the Seminole Theatre — totaling $99,996 approved to be spent by the city without any real mechanism for accountability.

The City of Homestead’s purchasing policy requires the manager to approve all contract agreements, and those over $25,000 require competitive bidding and council review to assure public funds are spent reasonably and efficiently.

The 2015 agreements should have been signed by then-City Manager George Gretsas.

When we attempted to determine who was approving the contracts for $24,999, we could only find the fingerprints of Cate McCaffrey, the assistant city manager at the time, and Ilene Fernandez, Gretsas’ secretary.

McCaffrey and Gretsas once had a business together called Cadage, L.L.C that operated for six years and two months.

In a March 2019 contract proposal for another project, McCaffrey agreed to pay Diversified Group Consulting $195 an hour for up to 40 hours to provide consulting services for a “fire fountain” in Losner Park.

Bring out the flame throwers!

The value of that contract to consult on fire safety was $7,800.

Further, Gretsas was selected for the Delray manager position on October 10, 2019, after De Jesus, the then-interim city manager, persuaded the Delray City Council to hire him.

De Jesus recommended Gretsas for the Delray city manager position after receiving over $100,000 in contracts from the City of Homestead, which has some people speculating about quid pro quo or a pay-for-play arrangement.

Additionally, De Jesus not only hired the recruiting firm Ralph Anderson, he personally knew the recruiter. And he supplied a short list of names to the recruiter in Delray’s search for a manager that appears to have been rigged from the start.

McCaffrey was named permanent city manager with a three-year contract on January 23, 2020, in a contentious 4-2 vote.

True Homestead continues investigating what appears to be a multi-jurisdictional split bidding scheme.

As we analyze records, we currently sit on a mountain of evidence containing numerous anomalies as well as previous patterns of similar behavior indicating probable felony crimes.

It cannot be over stated: “Always follow the money.”

In just the last few years, the City of Homestead has spent well over a million dollars in contracts falling just below the $25,000 threshold, circumventing mandated review and competitive bidding processes.

The volume of such contracts, alone, would cause concern among reasonable men, women, and watchdogs alike.

Yet, stacks of contracts with no competitive bidding is nothing new for Gretsas.

Going back as early as December 2009, then Fort Lauderdale Commissioner Charlotte Rodstrom came forward with a stack of documents she was withholding: Contracts Gretsas signed with 18 top aids while serving as the city manager in Fort Lauderdale.

Those contracts totaled in the millions of dollars. Mayor Jack Seiler, along with Rodstrom, stated they were disturbed by the potential liability posed by these contracts.

None of these contracts had been seen by the Commission, before execution according to the Fort Lauderdale Observer.

Whereas, Gretsas had the authority, unilaterally, to allow such contracts.

Interestingly, some of these contracts were signed shortly before the 2009 City Commission election.

During his tenure as city manager in Fort Lauderdale Gretsas significantly increased the number of “loyal staff members” who received such contracts.

One such loyal staff member was Cate McCaffrey.

Previously, the majority of these positions were division chiefs who never reported to the manager.

Earlier, in April 2009, Seiler ordered Gretsas to move any votes about sole-source bids onto the regular agenda.

Votes placed on the regular agenda are more likely to stir discussion.

“It sends the wrong impression to the public,” Seiler said, referring to the items placed on the consent agenda.

WHERE WE GO FROM HERE

So far, our investigation has not determined who signed the four contracts having the appearance of being an illegal split purchasing scheme.

The only real question(s) left to ponder is if this scheme was intricately orchestrated or not, and if so was someone at the top pulling strings or was it done independently?

Only time will tell.

Meanwhile, stay tuned as we continue digging to get to the root of the issues.