WATCH: California Candidate for Judge Tells Voters how to Beat their Speeding Tickets 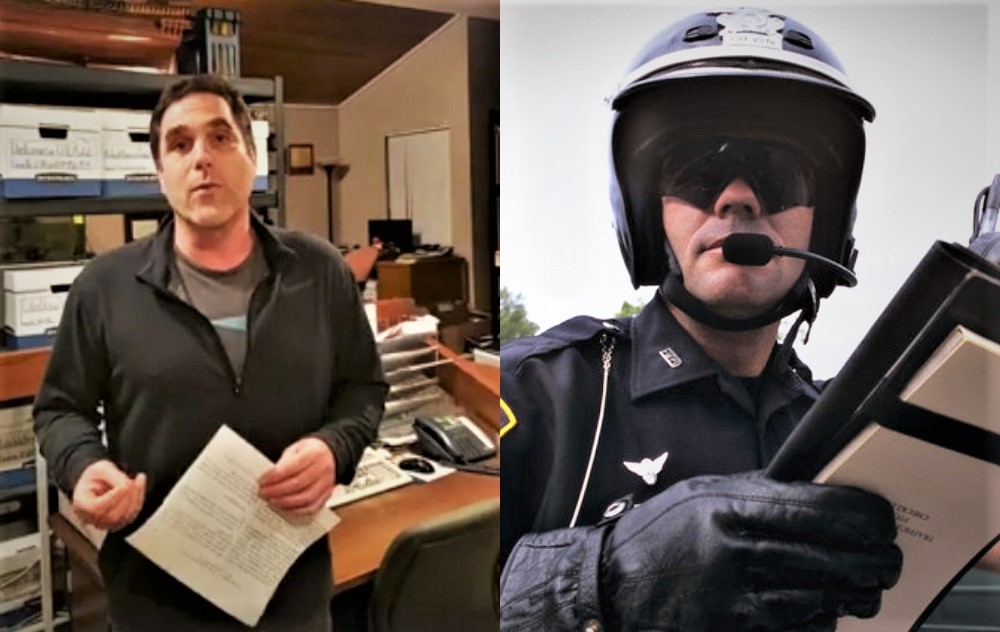 A judicial candidate in California is telling voters how to beat their speeding tickets.

California civil rights attorney Shawn McMillan is using a unique tactic in his campaign for the judicial position he’s seeking: telling voters how to beat their speeding tickets.

McMillan, who is running for Office 36 of the San Diego County Superior Court, confesses he’s human and sometimes speeds.

“I’m sure that many of you, like me, sometimes speed,” McMillan says in a video posted to his campaign’s Facebook page.

“And, sometimes,” he explains. “One of those guys on the motorcycle with a radar gun, hiding behind a car maybe, or a bush, tag you with the radar. They write you a ticket. And you’re sitting there saying ‘ah, shit.'”

McMillan then explains how, despite being ticketed, he has not been convicted for any speeding infractions recently.

“Well, do this. This is what I do every time. I haven’t been convicted of a speeding violation in years,” he explains.

“Because I’ve been ticketed, but not convicted.”

He explains to viewers how he always shows up to the arraignment to enter a plea of not guilty.

“What’s going to happen is you’re going to be called, eventually,” he explains.

“The cop is going to come in. He’s going to get up there, and he’s going to talk about how he calibrated his radar gun that morning and this and that. And the various things he does to lay the foundation for his testimony.”

This is where he spills the trick to beating the ticket, so you may want to get out a pen and your notepad.

“Then he’s going to come up with a single-page summary of the traffic survey for whatever speed it was that you got caught speeding at.”

“Now, in California, we have anti-speed trap laws. It’s not legal in California to use a device to measure the speed of a vehicle unless there’s a current traffic survey for the area where they’re using that speed-detecting device like radar or laser.”

“So,” McMillan explains. “This is the deal: The cop will come up. And he has to get evidence in against you to prove that there’s a current traffic survey. So, he’ll come up with this one-page summary.”

“And that’s when you stand up and say ‘objection, Your Honor — Lacks foundation, hearsay, improper authentication. ‘”

If all goes well, the judge then dismisses your case.

McMillan holds the case up to the camera, but it’s a little blurry to see.

“Here, in this case, the court held the mere one-page summary of the traffic survey was not sufficient,” McMillan says as he reads over the case.

He then explains the nuts and bolts of how and why the strategy works.

“Either the original survey and the engineer who conducted it. Or the engineer to come in in talk about the certified copy of the summary, is necessary,” McMillan points out.

“And since the cop didn’t do the survey and he can’t testify about the authentication of the survey, it’s absolutely excluded. And he can’t make his prima facie showing, which means you’re not guilty unless you went in and admitted that you violated the basic speed law.”

“But remember, criminal (or rather an infraction), you have the right not to testify…”

“You stand there; you keep your mouth shut until the cop stands up with his one-page summary that’s inadmissible against you. Then you object. Traffic ticket stricken. You are dismissed. You go on your merry way.”

The race for Office 36 of the San Diego County Superior Court consists of McMillan, who is entirely funding his own campaign and not affiliated with any political party, and Democrat Michelle Ialeggio.

Any judge that gives the secrets to beating speeding tickets gets our vote.

2 thoughts on “WATCH: California Candidate for Judge Tells Voters how to Beat their Speeding Tickets”