Florida Chief Promotes Cop who has Shot 6 People, Killing 3 of them, and Lies About it 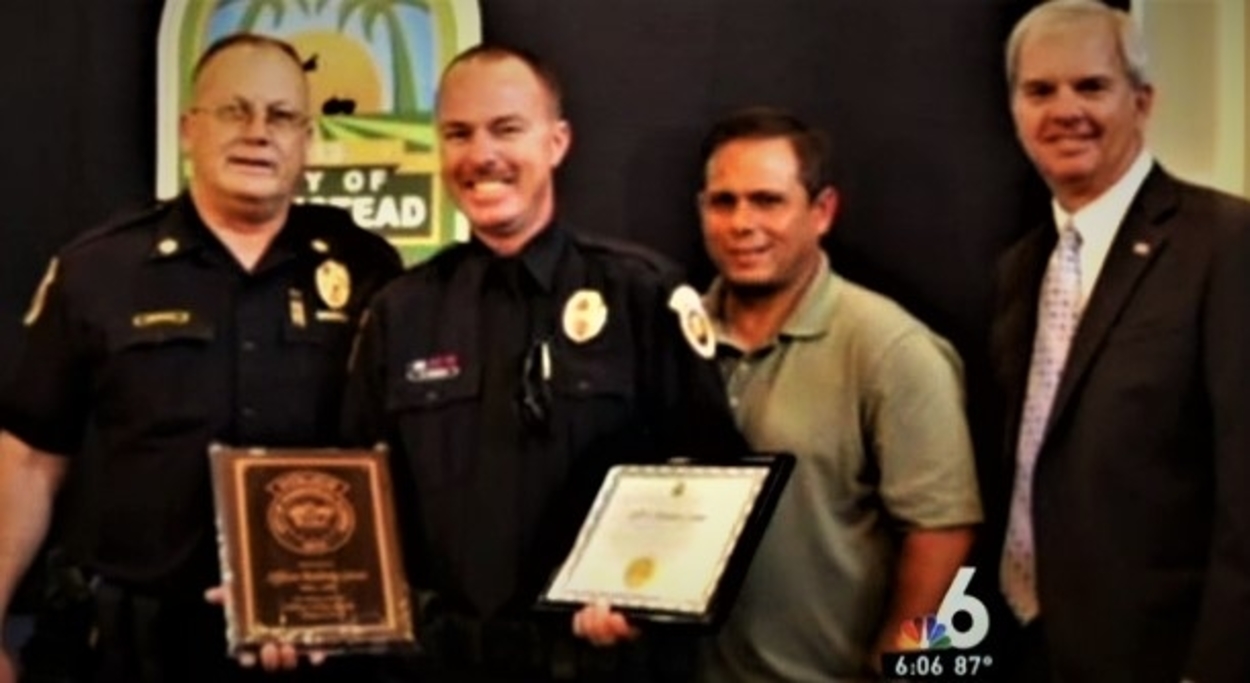 Just over a month after fatally shooting a fleeing man in the back who witnesses say had his hands up, a Florida cop was not placed on leave. Instead he was promoted and given a raise.

When Homestead cop Anthony Green shot the sixth person of his career as a cop on July 16, 2015, killing 35-year-old Edward Foster, he was not taken off the street, demoted, or disciplined.

He wasn’t even placed on administrative leave.

Of the six people shot by Green, five of the victims were black.

A SERIAL KILLER WITH A BADGE?

A serial killer is someone who kills three people over the span of more than a month with an emotional cooling off period in between each killing, according to the FBI.

The National Institute of Justice defines a serial killer as someone who commits two or more murders with sadistic sexual overtones or with psychological motives.

But not all serial killers have sexual motives.

Some are motivated by anger and hatred or other things.

The Zodiac serial killer was motivated by his ability to terrorize a city and gain fame.

Alexander Pichushkin stated he killed because it made him feel like God.

“In all cases, I killed for only one reason. I killed in order to live because when you kill, you want to live.”

The Oxford Dictionary describes a more standard definition of what constitutes a serial killer.

“A person who commits a series of murders, often with no apparent motive and typically following a characteristic, predictable behavior pattern..”

While investigating for this story, we discovered a writ of quo warranto filed by Ernest M. Flowers in the Supreme Court of Florida on October 8, 2018, that indicates officer Green might have a sadistic side going back decades.

An investigator from the Public Defender’s office confirmed pictures taken by Flowers showed evidence of injuries he sustained while handcuffed and beaten by Green support his claim that while handcuffed Green beat him with a baton, and kicked and punched him all while Flowers was handcuffed on the ground.

“I’m sick of you n—-rs trying to rob people,” Green said, before allowing two of the alleged victims to kick and punch Flowers before coercing a false confession out of Flowers.

You can read the entire writ below.

WITNESSES SAY FOSTER WAS NOT A THREAT

Foster was on his way home from buying dog food at around 4 p.m. when Green and another officer, responding to a 911 call about a man with a gun, rolled up in their patrol cruisers, and confronted him.

Witnesses at the scene stated Green did not have a gun or pose a threat to the officers. Rather, they say, he fled shortly before Green unloaded his clip into Edwards’ back from inside his car.

Witness statements coupled with ballistic evidence makes it difficult to fathom officer Green fearing for his life from inside the car.

For nearly a year after Foster’s death, Chief Rolle lied to Edward Foster’s surviving family, telling them that officer Green had been placed on administrative leave.

But that was a lie.

The Foster family would only discover Chief Rolle’s deceit when someone in the department leaked the information to them before a council meeting.

At the council meeting, Crystal Foster observed Rolle taking the officer who leaked the truth into a side room to lecture and scold them.

After five years, the Miami-Dade State Attorney’s Office probe into his shooting remains open, which has made it impossible for the Foster family’s attorney to gather evidence.

Dragging out an investigation over years is a common tactic police departments use to hamstring families and their lawyers seeking justice for family members wrongly killed by police.

One member of the Foster family was friends with Antrel Rolle, who happens to be an NFL football player, and Chief Rolle’s son.

Approximately two years after Green fatally shot Foster, Chief Rolle, who never bothered expressing condolences to the family, had his son, Antrel, call his old friend, the brother of Crystal Foster, who has been the most vocal asking questions and speaking out against what happened to her brother.

Antrel relayed the message over the phone saying his dad was not the one who killed his brother and said something to the effect of “tell your sister to back off,” Crystal Foster told True Homestead in a telephone interview.

Eventually, Chief Rolle got on the phone asking something along the lines of “why are they after me? I didn’t kill your brother.”

Rolle didn’t kill Foster. But he promoted the officer who did, and lied about him being on administrative leave for nearly a year.

Crystal and Adrina Foster and their mother would show up to city council meetings after the shooting to redress their grievances.

“During every council meeting for almost a year, they said Green was suspended,” Crystal Foster told True Homestead.

“With any justice at all, any time you have a shooting, and there’s a murder, there’s no reason an officer should be on the streets with an open and ongoing investigation,” Crystal Foster told True Homestead.

“What makes it justifiable for Green to still be on the streets? What if I run into him? What am I supposed to say?”

This begs the questions.

What else are they lying about?

Why are they lying?

And why are officials in Homestead covering for someone who is statistically an obvious threat and liability to the community?

The vast majority of police officers work their entire careers without ever using the option of deadly force.

Since 2015, police officers across the United States have killed around 1,000 people per year using deadly force, according to the Washinton Post.

With about 800,000 officers in the country, that amounts to .125 percent of officers electing to use deadly force.

That’s half of a quarter of one percent each year.

To view it from another perspective a survey conducted by Pew Research shows that only about 1 in 4 officers ever have to fire their weapon during their career.

Extrapolating this statistic to Green shooting six men all at different times has odds of roughly 1 in 4,000, or a 0.025%, chance of being involved in this many shootings.

I think we identified the mythical “less than 1 % of officers are bad” in officer Green.

Even if we assume everyone of Green’s shooting was justified, and we ignore some highly questionable facts, he is still a liability to the city.

Yet, why is Chief Rolle defending a killer cop and putting lives at risk?

How can he allow a walking, ticking time bomb to remain on the streets with 100% impunity?

What’s to stop an officer who has shot six people without consequence from shooting seven, eight or nine?

Why has the investigation gone on so long?

Why are witnesses reluctant to speak about what they saw?

These are all questions we will be covering in next week’s follow up story about why a rogue cop is still on the streets, terrorizing members of the Homestead community.

Sign the petition to fire and charge officer Green below.

One thought on “Florida Chief Promotes Cop who has Shot 6 People, Killing 3 of them, and Lies About it”