How a Serial Killer Cop is Still on the Job 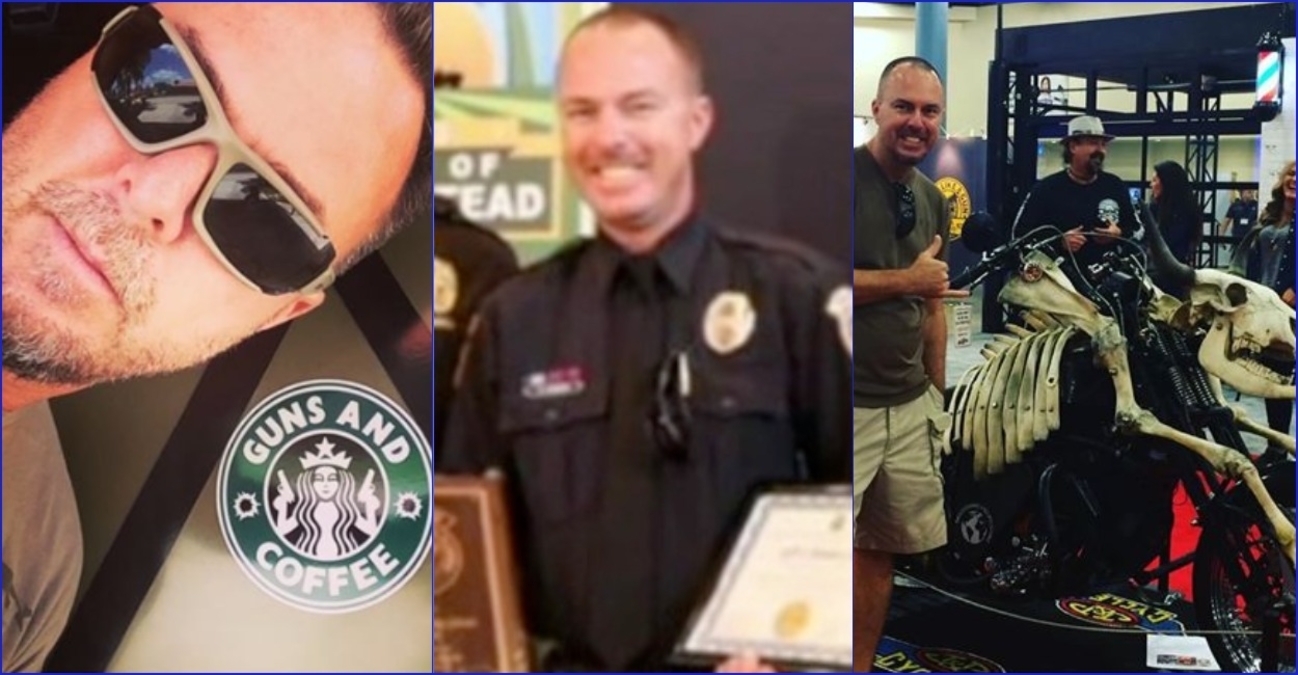 A Florida cop who has shot six people and killed three is still on the job. But how?

According to the dictionary, he’s a serial killer.

“A serial killer is traditionally defined as a person who has killed three or more people over a period of more than a month, with downtime between the murders, and whose motivation for killing is usually based on psychological gratification.”

If that sounds normal, consider this fact: the vast majority of officers never have to use deadly force even once in their careers, including ones who work in high-crime areas, which is one of Green’s excuses for having shot so many people.

The truth is only about 27 percent even report ever firing their weapon at least once while on the job during their entire careers, according to a Pew Research study.

Many of those were not even deadly force situations.

Statistics show white, male officers who politically support gun rights and work in larger cities are more likely to resort to deadly force than their female counterparts, racial and ethnic minorities, and officers who work in smaller communities.

Additionally, officers who are military veterans are also more likely to use deadly force as well when compared to non-veterans cops who’ve never fired their gun on duty, according to Pew.

Other studies prove that cops shoot people less if they have the right training.

Some departments are complacent even when they’re data from their own departments should alarm them — and are often stubborn to make a change.

But there’s been a shift.

Nowadays, more and more departments are paying out significant amounts from lawsuits against them.

That’s part of an overall strategy.

“To make these municipalities who do not want to change their behavior pay as much money as possible until the taxpayers of that municipality are fed up,” Siddhartha Rathod, an attorney who routinely represents families suing police departments for excessive force, told CPR News earlier this year.

“Then they elect in or demand an exchange in their leadership,” he explained.

Could that be part of the problem in Homestead, Florida: lack of real leadership?

ONE-SIDED STORIES AND CONTROLLING THE NARRATIVE

Previously, politicians like Jeff Porter along with former city manager George Gretsas, have conspired with the chief to cover up corruption within the department.

In once instance, after their corruption was revealed by a department mole, or a cop with a conscience, who revealed Chief Rolle had been lying about Green being placed on leave, they were busted red-handed lying for months just before a city council meeting started.

In it, as part of a 30-minute speech, he reads, word-for-word, reports from the Miami-Dade Police Department’s and State Attorney’s Office official accounts of every single one of the cases in which Anthony Green used deadly force.

Edward Foster was the third person killed by officer Green.

Are all of the politicians and city-level bureaucrats in on covering for the department’s misuse of deadly force?

Foster was the sixth victim Green attempted using deadly force on, i.e. the sixth person he attempted to kill.

Foster had just left a local meat market to get raw meat, which the store gave freely as food for his dog, something he did daily, before Green, responding to a 911 call about a man with a gun, ended up shooting and killing him.

Foster’s family, who, along with eye-witnesses, insists Foster was not a threat, hired a private investigator to photograph his body at the funeral home.

Green, and back up officer Darryl Mays, managed to shoot Foster six times.

Three shots were to his back, according to photographic evidence.

Shortly after the shooting, Foster’s family was notified he had been shot and that his body was still on the scene.

However, for two hours the family was unable to locate where Edward’s body had been taken.

Instead of being taken to a local hospital in Homestead, his body was taken to Kendall Regional over a half-hour away.

So not only was any chance at saving Edward squandered, family members wonder if the purpose was to alter physical evidence by tampering with Foster’s body.

It turns out, that was a lie.

“Maybe other police shooting cases compare to it. I had to shoot because he’s pointing a gun at me, and they’re placed on leave.”

Barron told True Homestead there are several reasons the case has yet to be closed after five years even after the City of Homestead and the Homestead Police Department seemed to have cleared Green — in their minds at least.

In one case, Crystal Foster, who has no official investigative training or education, located a witness dubbed “Chapo” by investigating on Instagram.

According to Chapo, he eye-witnessed Green shooting Foster through the passenger-side window — from inside of his patrol vehicle.

“There are incredibly small odds Foster would have aimed a gun at him,” Barron said.

“In fairness to Horn, right before COVID-19, they were about to close the case before the pandemic began.”

So far, Chapo has yet to give a statement.

The Miami-Dade State Attorney’s Office is currently sitting on the case.

In 27 years as the Miami-Dade State Attorney, Katherine Fernandez-Rundle has never prosecuted a single police killing.

Initially, the Miami Dade Police Department had the responsibility of investigating the shooting.

But after some of the witnesses being investigated by those officers reported horrible experiences, like having words put in their mouths, and not letting them explain what they actually saw, the investigation was turned over to the Miami-Dade State Attorney’s Office (MDSAO).

“There were other things going on, which did not appear to be a responsible investigation,” Barron explained.

Because of those complaints and what was happening with the witnesses, it ended up at the MDSAO.

But given the fact that he works under Katherine Fernandez-Rundle, who has never prosecuted a single police killing, anything other than a “justified” finding is unexpected.

That is, unless the feds conduct their own investigation, which is what the Fosters’ have been begging for years.

“I want a federal investigation on this officer because they are hiding so much,” Crystal Foster told True Homestead.

“The fact my brother’s investigation is open 5 years is crazy.”

The feds could conduct their own investigation, but after so many years it seems unlikely.

On the other hand, Miami-Dade voters could elect a new state attorney.

The Foster Family has created a petition asking Homestead officials to fire and charge Green for murder.