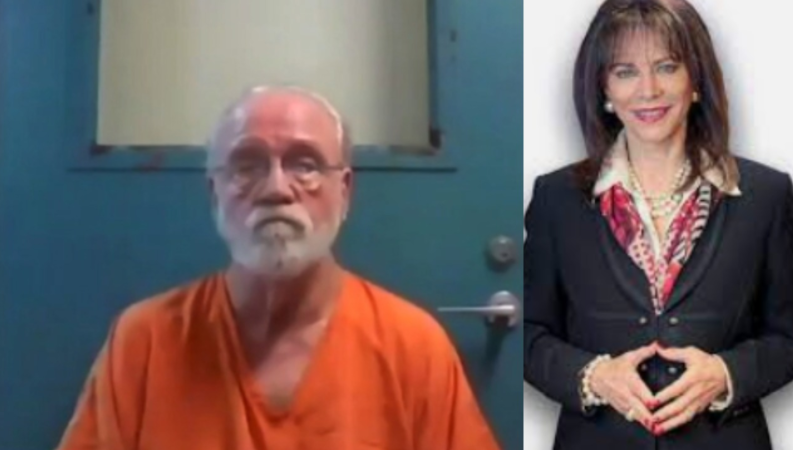 A mere two years in prison for the crime of raping one of his students beginning in 2014.

No, students and staff who’ve known Privett aren’t exactly surprised to discover he sexually abused one of his students.

And, no, they weren’t even shocked by the drastic leniency he received for punishment.

That Privett was even arrested at all.

After all, among those who knew him as teachers or students, Privett was known as “Teflon Tom.”

Judge Areces accepted the plea bargain even though a second victim, a former student who now lives in the Midwest, came forward with similar accusations after seeing a news report detailing his initial arrest.

Judge Ramiro Areces signs off on a 2-year plea deal for Tom Privett, who raped his student, beginning when she was 14, finalizing the offer given by Miami District Attorney Katherine Fernandez-Rundle.

The second victim told prosecutors that she, too, was manipulated into months of inappropriate sexual encounters with Privett during summer school in the late 1980s.

At that time, Privett was in his late 30s and married.

She recalled being lured into his grasp by his sympathetic ear and his open offer to speak marijuana at his home after class.

As many teenagers do, she was rebelling against her father.

“He really had that ability to manipulate and target certain kinds of kids,” the woman, now 49, explained to the Miami Herald.

“He easily honed in on the fact that I had a problem with my dad. He definitely took advantage.”

In 1997, yet another student at South Dade High School in Homestead informed then principal Donald Hoecherl that Privett was raping students, and that it had been occurring for several years.

However, principal Hoercherl simply transferred Privett to another school within the district after those reports surfaced.

Sometime in January 2020, to build evidence to support a criminal charge against Privett, detectives requested that the victim call him on the phone.

As detectives listened in, Privett, without remorse, openly recalled sexually abusing the victim when she was a minor.

During the phone conversation, Privett admitted details about specific sexual behavior with his former student, which continued for about three months.

During a telephone interview about the incident, the victim recalled how she was in a severe car accident during the same time as the ongoing abuse and did not want to have sex with Privett.

“These people ran a red light. I had dislodged discs in my neck and broken bones in my hips. I was in so much pain and shock. I had just passed out at the scene,” she told True Homestead.

Despite her apparent injuries, Privett insisted he have sex with her anyway and manipulated her into it when she refused.

“He said I was put on this planet to please him,” she said, adding that Privett’s tactics centered on manipulation.

“One day, he was telling me how great I am and how pretty I looked; the next day, he would insult me, call me fat, disgusting, etc.”

The manipulation tactics escalated over time.

“I would say I wasn’t planning on it because I thought he didn’t want to. He would say, ‘of course. I do. Don’t believe me when I say those things.'”

The psychological abuse caused her to have an eating disorder as a teen.

When signs of Privett’s control tactics began to visibly show, Privett did not relent.

Instead, he sunk his claws into his victim deeper.

“He was treating me horribly. The anxiety from it all would cause me to throw up. And I wouldn’t eat for days,” she recalled, explaining how news outlets had misreported that she developed an eating disorder to look good to impress him.

She explains it differently.

“I wouldn’t eat, one time for about 19 days without food in my system. The detectives who worked my case were nice, but they made it seem like I wasn’t eating to look good for him. The truth is, I wasn’t eating to punish myself for the way he was treating me.”

Privett knew of the psychological impact the relationship was taking on his student but never seemed to care.

“He knew I wasn’t eating. So he would make me get my lunch, then make me sit in his classroom and eat. Then I would go to the bathroom and throw it up.”

She also said local news coverage misconstrued what happened when Privett abused her.

For instance, she told us how his manipulation tactics kept her under his control even years later.

Until speaking to one of her professors, she never even considered telling anyone about what had happened to her.

“I truly thought I was going to take it with me to my grave,” she said, explaining how the control had a lasting effect.

Privett apologized to the victim in the courtroom minutes before Judge Areces signed off on the plea offer, which finalized Privett’s sentence.

Judge Areces did not explain why he accepted the agreement between prosecutors and Privett’s defense attorney, Nina Tarafa, who also happened to be a former student.

The victim, now 23, told True Homestead during a telephone interview that she felt the sentence was too lenient and didn’t fit the seriousness of the crime committed against her as a minor.

She said she felt justice was not served in her case and that a mere two-year sentence would send a message to other teachers that they could also get away with a light punishment for committing the same crimes.

However, according to the victim, prosecutors insisted she give their offer her blessing.

Prosecutors say Privett has been recently diagnosed with COPD and could die before she saw justice in her case.

However, the victim pointed out that Privett never coughed or looked out of breath as he read his apology in court.

“I apologize for my actions and for engaging in an inappropriate relationship with you while you were in high school,” Privett said aloud as part of his plea agreement.

“It was my responsibility as an adult to maintain our relationship of one that was appropriate between student and teacher. I failed. I hope the pain I have caused you can heal. I am sorry.

THOSE TASKED WITH SEEKING JUSTICE FOR VICTIMS PROTECT THEIR FELLOW POLITICIANS

Less than a year ago, after Privett’s January 31, 2020 arrest, Katherine Fernandez-Rundle referred to Privett’s actions as a “serious crime” in an interview with CBS Miami.

“When a teacher transforms from an esteemed educator to an alleged sexual predator, lives are permanently damaged, trust is betrayed, and a serious crime has been committed,” she said.

Despite confessing to his crime, critics say Privett’s sentence amounts to a slap on the wrist and does little to deter other Miami-area educators from committing similar crimes against students.

The two-year sentence does little to indicate the district attorney’s office views the crime as “serious.”

Privett first began grooming and abusing his victim in 2012 when she was 14.

Despite his suspicious conduct, rumors among students, and various reports from staff to administrators about his questionable behavior, no serious allegations ever stuck to “Teflon Tom.”

Privett has taught government, coached the champion cross-country team, and taught honor students in the Mock Trial Team at South Dale High School as well as TERRA for over three decades.

The victim we spoke to told us that if the first reports about Privett were taken by school staff seriously in 1997, she would not have had to endure the traumatizing experience of being sexually abused by her teacher.

Privett first landed in Homestead, Florida, as a school teacher; after his law license was suspended by the Tennessee Bar Association on June 26, 1980.

Records show the suspension of his law license stemmed from a conviction for unlawfully possessing cocaine and illegally influencing the testimony of a witness.

Over thirty years later, his latest known victim read her statement in court just before he was handcuffed and taken to jail.

“You psychologically manipulated me and brainwashed me. You made me worship the ground you walked on. You insulted me when I failed to do what you asked of me. You started touching me when I was 14 years old,” she said during a November 17 statement addressing Privett at his plea hearing.

“I was the puppet, and you were the strings controlling my every move.

Miami’s district attorney, Fernandez-Rundle, has been elected six times since 1993.

In each election, she claims to be “tough on crime.”

Sources within the Miami-Dade public schools say there are many more teachers like Privett still teaching today that have not yet been arrested.

In October, a federal jury awarded the victim of creative writing teacher Jason Meyers $6 million after determining that school officials knew about the abuse but did nothing.